If you come across an Android App named “Alrawi” – don’t download it. That’s the name of a new app reportedly being developed by ISIS for the purpose of coordinating terrorist attacks.

Thanks to the efforts of Free World governments, the terrorist group’s ability to recruit and organize through the internet and social media has been greatly suppressed over the past few months, getting strategically shut out from apps like WhatsApp and Telegram. Hoping to revive this channel, ISIS is supposedly building an app of their own, using Android, for purposes such as:

Previous terror-centric initiatives leveraging the likes of WhatsApp and Telegram already allowed for the sending of encrypted messages, but ISIS developing an app independently changes the game. Government agencies likely had a back door to apps built by huge companies like Facebook’s WhatsApp whereas an independently built Android App could mean much more secure communications.

If this seems like a game of cat and mouse, you’re absolutely right.

It’s very possible that ISIS is building this app as a ploy to lure government officials into collecting false information about their missions and whereabouts. It’s equally possible that government agencies have created the app themselves, hoping to intercept would-be recruits searching to download the app. And if the app is indeed genuine and real, well… that’s when things get really interesting.

The Android app has been distributed with the name Alrawi.apk, but the significance of that name is unclear. A quick search shows the name could derive from an Iraqi Republican Guard General now serving a life sentence, the assassinated former President of Baghdad University, or the current Governor of Ramadi, Iraq named Sohaib Alrawi. More likely it refers to (or has special meaning for) whatever terrorist-slash-government-fraudster built the app.

It’s sad to see Android being used for such evil purposes, but on the bright side, perhaps this very same development will be the reason we can locate and destroy more terrorists than ever before.

Put earmuffs on your kids, because I’m about to go NSFW… 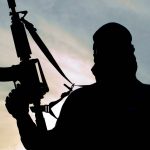 ISIS says their Android apps are spying on them 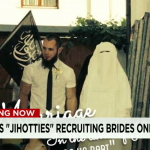 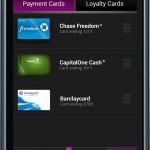 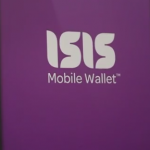 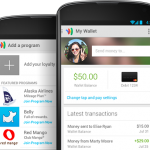 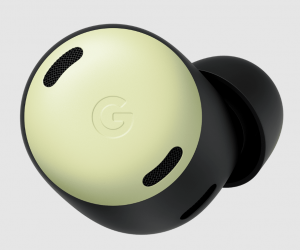