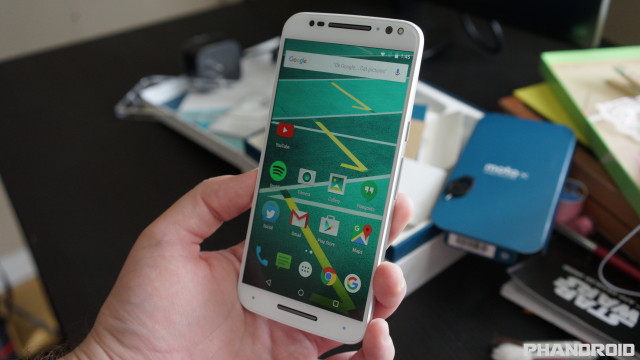 The big holiday shopping season is now officially behind us and with that, mobile analytics firm Flurry has released new data suggesting that — at least when it comes to Android devices — the form factor of choice for buyers were larger sized smartphones, also known as “phablets.”

Flurry found the segment dominated other size categories, accounting for 50% of new device activations from December 19th, through the 25th. The rest? Only 2% were full size tablets, 10% were small tablets, 3% were small phones, and medium phones accounted for 35% of activations. Before anyone jumps to a conclusion like “See: people prefer large handsets!” we should take a look what Flurry classifies as a “phablet.”

According to them, a phablet is anything above 5 inches and below 6.9 inches, a category which includes just about every major Android flagship that’s been released over the past few years. Flurry says a medium phone is anything with a screen between 3.5 and 4.9 inches — a display size we haven’t seen around these parts in quite some time.

By comparison, medium-sized phones on iOS won by a landslide, which can largely be attributed to iPhone 6S sales. Phablet-sized devices like the 6 Plus? Only 12%. So, what is this data really telling us? Only that Android users aren’t given much choice when it comes to larger-sized smartphones. It’s take it, or get something smaller, cheaper, and lower-end.

Also worth noting is how the Galaxy S6 — despite the overall size being slightly smaller than the iPhone 6S — is still classified as a “phablet” thanks to its 5.1-inch display. So, yeah. This data is just a tad bit skewed.