With LG cancelling the first Android Wear device with cellular connectivity — the LG Watch Urbane 2nd Edition LTE — over hardware issues, now’s the perfect time for other SIM enabled smartwatches to swoop in and pick up the pieces. If you’ve got $200 burning a hole in your pocket and find the current crop of Android Wear smartwatches just aren’t doing it for ya, Omate is offering yet another alternative.

It’s called the Omate Rise and not only is it much slimmer and less hulky looking than the company’s first attempt, it features a round watch face for those looking for a more traditional look. Like with the last year’s TrueSmart, the Rise also brings 3G connectivity to the wearable and actually doesn’t run Android Wear.

Instead, the Rise runs on a full version of Android 5.1 Lollipop that gives the watch the ability to sideload and run full applications, including Google’s very own app suite. When not doing all the heavy lifting on the watch itself, the Rise also has the ability to mirror notifications from your Android or iOS devices. 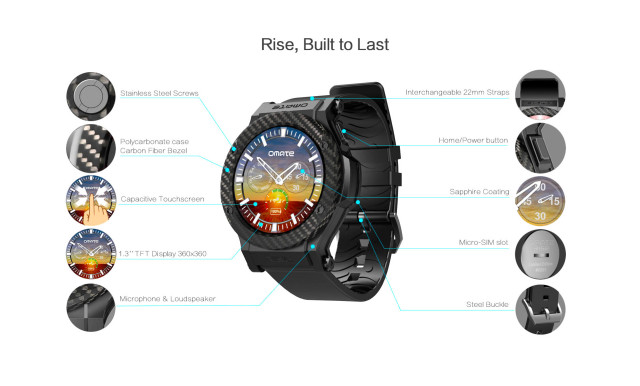 Other hardware specs include a 1.3-inch 360×360 LCD display with sapphire coating, MediaTek MT2601 processor, 512MB RAM, and 4GB of storage. Pretty much standard for an Android smartwatch. Well, aside from the ability to pop in a SIM card for 3G HSAPA connectivity (1900 MHz and 2100 MHz bands). That means it should work just fine on T-Mobile or AT&T here in the US. Also on board is GPS, gyroscope, accelerometer, microphone, speaker, and Bluetooth 4.1 LE and 580mAh battery capable of delivering about 2 days of normal usage (or 5 days standby). Omate says the Rise should be fine in up to 10 meters of water, but it still hasn’t been IP certified.

So, what’s missing? Well, a heart rate sensor for one, but Omate is throwing in a free chest belt heart rate monitor for the first 1,000 units backed on Omate’s upcoming Indiegogo campaign — kicking off this Monday, December 7th. The Indiegogo campaign will only last 48 hours, with the first 500 early backers getting the watch for $200 a piece, followed by the next 500 at $210, and $220 for everyone after that.

Omate is expecting a March 2016 delivery, but we can only hope they learned a thing or two from their first smartwatch launch. Last year’s TrueSmart was plagued with manufacturing and shipping delays, resulting in quite a few unhappy customers. Only the most hardcore of Android enthusiasts need apply. 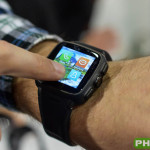 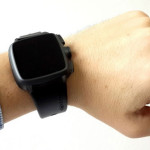