Download the beta of “War Thunder” and defend the skies, only on NVIDIA SHIELD Android TV

War Thunder puts you in the cockpit for frenetic air battles against players from all around the world, and it’s free-to-play on SHIELD Android TV.

NVIDIA’s SHIELD Android TV isn’t short on aerial shooting games. Amongst its collection of great Android games there’s everything from arcade action in Luftrausers and Sky Force Anniversary to dogfighting epics such as The Battle of Sol and Sky Gamblers: Storm Raiders.

If you want to take things to a more realistic war-themed front, though, look no further than War Thunder, a mighty cross-platform MMO in which you take to the skies in an array of historically accurate aeroplanes, and go to war against other players from around the world in thoroughly realistic battles for air supremacy. 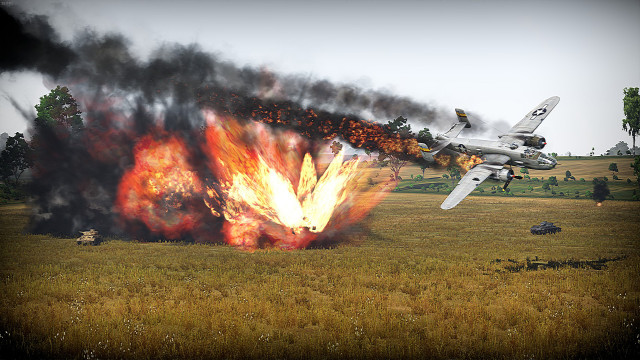 It features over 400 painstakingly detailed recreations of warplanes, with an assortment of aircraft types so that you can choose something to suit your style of play. If you’re into dogfighting then you’re particularly well served with a huge variety of fast and maneuverable fighters on offer, including the iconic Spitfires, Hurricanes and Mustangs from World War II. You can also get behind the controls of bombers, jets and hydroplanes.

You’ll start off flying light fighters or biplanes, but as you hone your skills in each mission you’ll gradually rise through the ranks and be able to get your hands on more advanced and powerful aircraft that’ll truly test your flying skills. Only when you’ve reached Rank V will you be trusted in the cockpit of a jet.

War Thunder features multiple realism settings so that you can set it up to reflect your level of expertise. The SHIELD version comes with two game modes.

The realism extends to the maps themselves, with gloriously detailed landscapes reflecting key battles worldwide, from Pacific atolls to the fields of Europe. And you’ll never be short of anyone to fight against. As a cross-platform game, War Thunder pits you not only against other SHIELD players, but also against gamers on PC, Mac, PS4 and Linux. If you want to work on your skills without showing yourself up against other players, you can of course move into single-player mode and take on an AI opposition.

War Thunder’s graphics and sound effects are all top notch, taking full advantage of the SHIELD Android TV’s Tegra X1 processor. And best of all the game is completely free-to-play. That’s not to say you can’t spend some money on it.

You can buy in-game currency that enables you to unlock new vehicles and upgrades faster, as well as premium planes that come pre-packaged with all the upgrades. Developers Gaijin Entertainment X stress that there’s no way to gain any advantage in battle by spending real money. The only way to do that is through improving your flying skills. 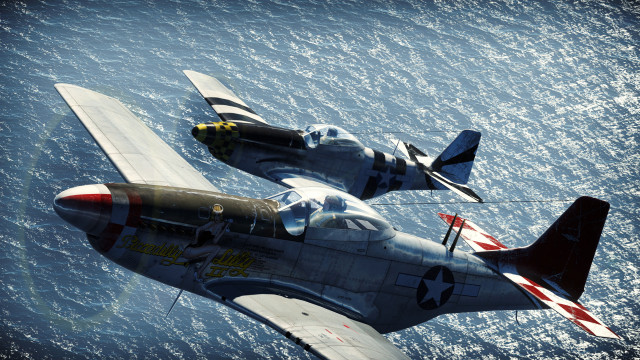 War Thunder is in open beta at the moment, which means that improvements and new features are being added all the time.

You can get airborne with War Thunder straight away. It is now available to download and enjoy from Google Play for free. 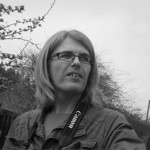 Panasonic is continuing its current push in the rugged market with the announcement of the TOUGHBOOK G2. This is a detachable Windows tablet, equipped with a modular design and user-removable expansion packs known as xPAK’s. With these different xPAK’s, Pansonic promises up to 36 different combinations that can be used in conjunction with the TOUGHBOOK … 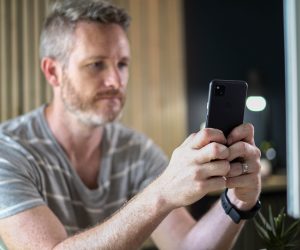 more_vertHeads Up is a new Digital Wellbeing feature rolling out

closeKeep your “Heads Up” with this new Digital Wellbeing feature

A new feature is rolling out for Android users everywhere as part of Google’s Digital Wellbeing app. The feature, known as ‘Heads Up’, began rolling out to Pixel owners back in April, but now it’s coming to more phones. As spotted by XDA Developers, the feature seems to have randomly appeared on the OnePlus Nord N200 … 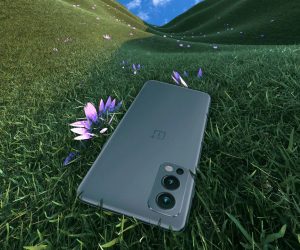 closeThe OnePlus Nord 2 launch was beyond ridiculous – watch it now

The latest OnePlus livestream event just finished up, and we have to say, it was beyond ridiculous. OnePlus turned its event into a movie of sorts, all focusing on the new OnePlus Nord 2 and the Buds Pro.OnePlus came out swinging with fight scenes and jokes, and everything in between. Honestly, this is the kind …