Qualcomm today unleashed more details about their forthcoming Snapdragon 820 chipset, and there are a couple of neat things to get excited about. The first is Quick Charge 3.0, which will get a 38% improvement in efficiency. Qualcomm says a “typical phone” will be able to go from 0% to 80% in just 35 minutes, which is nothing to sneeze at. We’ll have to find out what they consider a “typical phone” to be, but we’d guess the battery tested comes in between 1,800 and 2,600mAh.

Beyond improvements in sheer charging speed, Quick Charge 3.0 will employ INOV (Intelligent Negotiation for Optimum Voltage) technology. This technology will make it possible for a device to request a specific level of power in order to determine the most efficient charging cycle. This should lead to a better battery lifecycle as an OEM can ensure phones aren’t being overcharged.

Qualcomm says Quick Charge 3.0 will be available in some of their lesser chipsets too, such as the Snapdragon 620, 618, 617 and 430. Quick Charge 3.0 will also have forward and backward compatibility with previous versions of Quick Charge as well as with connectors, including USB Type-C. That, along with the fact that the overall design remains similar to Quick Charge 2.0, should ensure we see it in a lot more phones in the future.

Qualcomm also announced a new wireless modem which will be integrated on the Snapdragon 820 SoC. Its core highlights include up to 600 megabits per second downstream and 150 megabits per second upstream, which are both industry bests. The company also claims to be able to support unlicensed spectrum, which is something not many other modems are capable of at this time. Here’s a full list of connectivity features we can look forward to:

Much of this stuff isn’t even commercially accessible, but Qualcomm has a tendency to stay ahead of the curve on these things so we aren’t surprised they’re getting the ball rolling with the Snapdragon 820. If the performance improvements, coupled with improved heat management, are as advertised then the Snapdragon 820 should certainly live up to the lofty standards that its predecessor failed to meet. 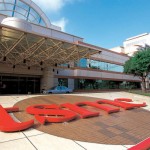 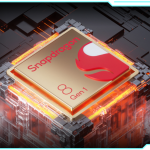 Is your 2022 smartphone running a bit hot? AR 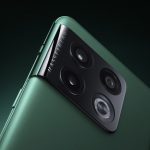 OnePlus 10 Pro to make its global debut on Ma

Pixel 6 and 6 Pro may be selling better than expected