Huawei may not yet carry the household name of Samsung or HTC, but in the past couple years the Chinese smartphone manufacturer has made quite the impression. They’ve launched stellar flagship phones that go toe-to-toe with the industry’s elite alongside affordable alternatives that compete with the best of them in value. Continuing their quest to delight consumers on a global scale the company has just announced the immediate US availability of the Huawei P8 Lite for the unbelievably low price of $249- but is it worth it? 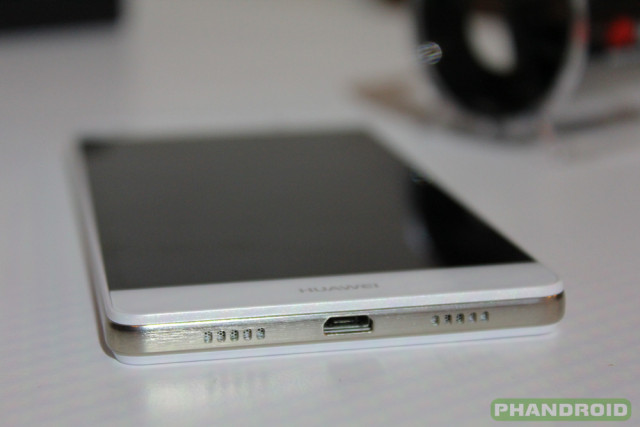 We’ve had the device roughly 24 hours- long enough to formulate some key opinions but not with the confidence you’d expect in a full review. In anticipation of our full Huawei P8 Lite Review to be published next week, here are the important takeaways before making a purchase decision.

This is not a phone that the early adopting tech elite should consider and one glaring fact will float that realization to the surface: the P8 Lite launches with Android 4.4 KitKat. The value-seeking consumer may care less about wielding the latest and greatest version of Android, but with Android 5.0 Lollipop comfortably in the wild and Android M officially announced, launching with KitKat is a serious shot in the foot. 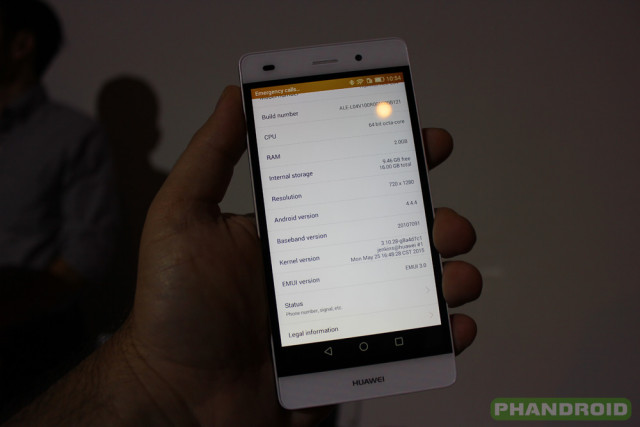 That’s not to say KitKat ruins the user experience- it most certainly does not. However, consumers will be much more likely to hear recommendations for the Motorola Moto G and Motorola Moto E – two budget Android phones running stock Lollipop – simply because (you guessed it): the P8 Lite runs on an older version of Android and rocks a custom skin. That’s not to say an OTA couldn’t immediately put this unfortunate circumstance to rest.

If you’re able to overlook this detail, what you’ll find inside the device is rather appealing at the $250 price point.

Although popular in foreign countries, American carriers never jumped on the dual-SIM bandwagon. That means some portion of US workers continue carrying two smartphones everywhere they go: one for personal use and one for work. The Huawei P8 Lite lets you merge those redundancies into one phone thanks to its dual-SIM slots. 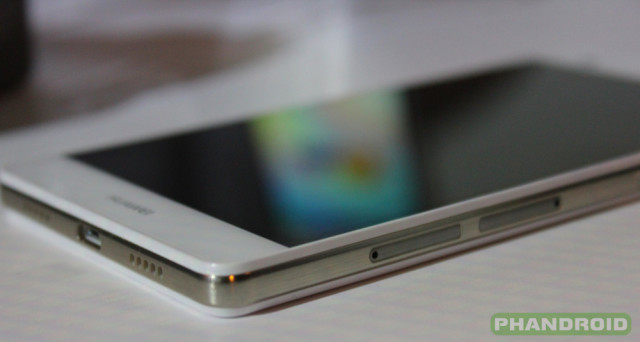 Not only can you easily toggle between the two SIM cards in the phone’s settings, allowing you to manage your outgoing calls and corresponding data plans, but you can also configure different ringtones and options on a per SIM basis.

The two SIM strategy makes the P8 Lite an incredibly compelling solution for business folks even despite the thin layer of dust on the OS. The feature is original enough that we thought perhaps it could be blamed on the lack of an Android Lollipop upgrade, but we learned this is not the case: the international version of this device is currently shipping with Lollipop. Makes you wonder what went wrong here, doesn’t it?

Pro-tip: if you’re not using both SIM slots, one of them can double as a MicroSD card slot.

It’s amazing how far $250 can get you these days. The Huawei P8 Lite is undeniably a budget Android device, but it’s packing specs that are worthy of attention:

The P8 accomplishes this by skimping on specs in places the value user will notice little difference.  The display, for example, performs perfectly well but boasts only 1280×720 resolution. There is only 16GB of onboard memory, 6GB of which is taken up by the operating system, leaving you with 10GB to work with (but a MicroSD slot to compensate). The Snapdragon 615 chip is a work horse but not of the highest pedigree. The front facing camera is fixed focus. And the list goes on…

The result is a careful balance between modestly powerful specs where they’re deemed most important and run-of-the-mill solutions where they often go underappreciated. When paired with the P8’s elegant design, it’s hard to tell you’re not looking at a premium device. 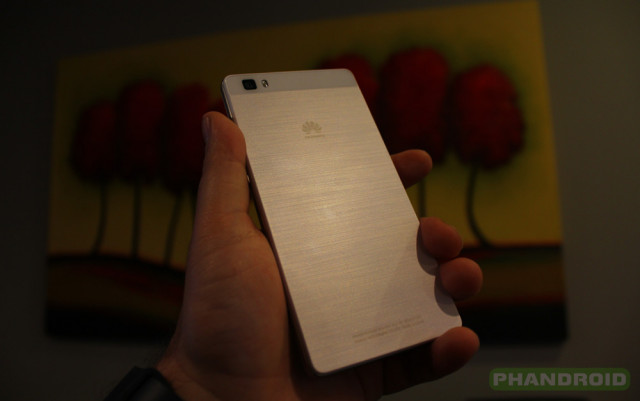 The P8 Lite won’t wow you with ground-breaking hardware engineering like the Samsung Galaxy S6 Edge. It doesn’t grab your eye by accentuating a key feature like the HTC One M9. And rightfully so: Huawei aimed for sophisticated and elegant and they humbly hit the nail on the head.

The P8 Lite design is minimalist with a slim profile, small bezels, and tasteful branding. A closer look at the chrome ring around the device’s frame reveals it is obviously plastic, but it adds a much needed layer of personality. The most striking design element is the phone’s rear which achieves an attractive metallic look by way of a hand-crafted satin coating. This is true save for the top half-inch of the rear which opts for a plastic panel to overlay the camera components.

The first thing I would do if I bought the Huawei P8 Lite? Install Nova Launcher.

Plenty of Android OEMs attempt to differentiate their product by offering devices with their own custom software skin that rests atop Google’s stock Android experience. In some cases the results are bareable, but in the case of Huawei’s Emotion UI (EMUI 3.0), I just can’t even. If it wasn’t enough that custom UI’s are often to blame for delayed Android software updates, Huawei goes the extra mile to irritate you by feeding you a user experience that borrows an awful lot from Apple. 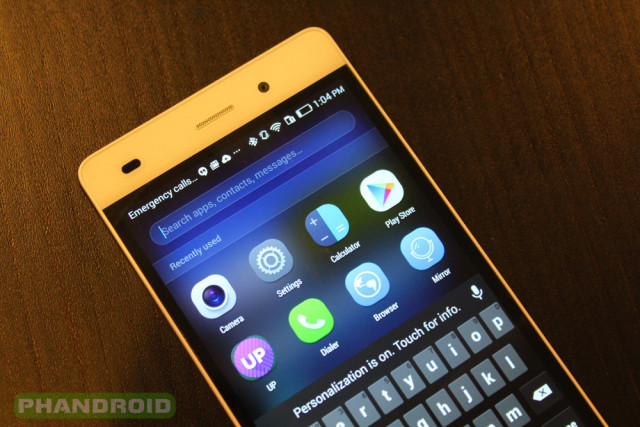 Android’s app drawer is gone. System fonts and layouts closely resemble the iPhone. App icons are reshaped on curved squares to best resemble you-know-what. If you swipe down on any home screen you even get Huawei’s version of the iOS Spotlight search.

This might be okay for the iPhone enthusiast who can’t afford Apple’s steep price so they settle for second or third fiddle with the P8 Lite, but unfortunately for Huawei, this type of consumer would be better off buying a refurbished iPhone of yesteryear. In today’s market, an Android phone imitating the iPhone is not how you win new customers, and that’s exactly what Huawei’s EMUI intends to accomplish.

I’m not suggesting Huawei should ditch Emotion UI completely. I’d personally prefer stock Android and imagine there would be some huge advantages to eliminating EMUI on budget devices, but if Huawei insists on differentiating their software stack- so be it. I just hope they move towards more subtle improvements that enhance the Android experience rather than imitating that of Apple.

This is a harsh but necessary criticism of Emotion UI, but it should be reiterated that installing a homescreen replacement such as Nova Launcher may instantly remove the need for further complaining.

Camera: the jury is out 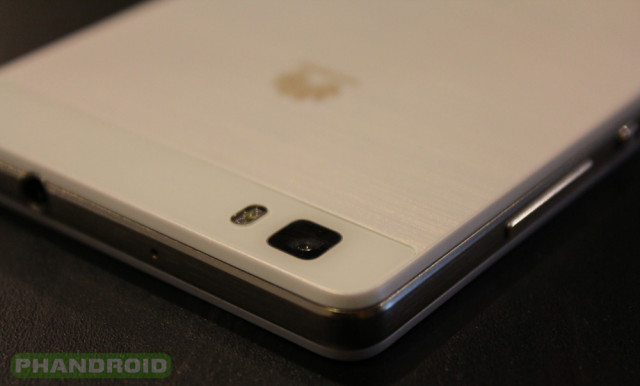 The weather has been rainy and cloudy since I’ve had the device so I’m going to withhold an opinion on the camera until I’m able to take more samples in different conditions and look more closely at the results. However, feel free to make judgements of your own based on the select few camera samples posted below. 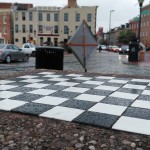 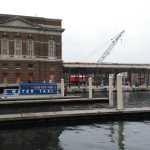 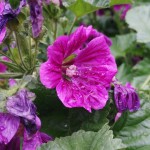 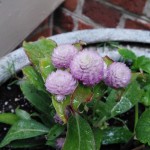 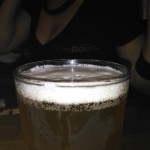 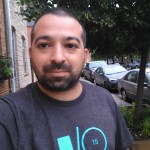 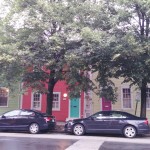 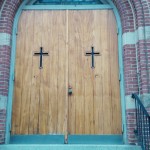 Huawei executives have indicated the P8 Lite launch is the start of a new strategy that is rooted in E-Commerce. Offering unlocked devices online allows the company to provide more aggressive pricing, but until now, many customers have been wary of buying unlocked. According to Huawei research, customers don’t buy unlocked phones for the following reasons:

Many of these are worthy critiques of the industry as a whole. T-Mobile has recently done an excellent job breaking down the confusing barriers of devices and contracts with their Uncarrier campaign, and now Huawei is offering some assistance of their own. To help support their new E-Commerce strategy, Huawei is extending the following offers and services directly to its customers:

Friendly reminder: we think the best place for Android support is our very own community at AndroidForums.com.

An interesting note about Android smartphone shoppers seeking a bargain is that on Day 1 it may not feel like a bargain at all. If a customer bought an $800 Samsung Galaxy S6 Edge they could spread it over the course of their contract, meaning that the first day they just pay the first installment of that $800. Meanwhile, when you buy an unlocked device, you’ve usually got to part with the full bill, in this case $250.

Huawei is trying to lighten the load by partnering with financial accompany Affirm, giving qualified customers the option of 3-month, 6-month, and 12-month payment plans. Definitely a nice touch considering the target market they’ll reach with the P8 Lite.

I hope Huawei’s E-Commerce strategy is successful and if executed well, I know their customers will appreciate the added support. It’s likely easier said than done as Google found out with their first E-Commerce smartphone endeavors. It should also be noted that this doesn’t mean Huawei is abandoning their retail foothold. The company will continue working closely with carriers and retailers to serve those existing channels.

Is the Huawei P8 Lite worth buying?

It’s difficult to argue with a $250 Android smartphone with these specs- the P8 Lite is a pretty darn good deal. You’ll find worthy alternatives from Motorola that are cheaper and run stock Android 5.X Lollipop (vs Android 4.4 KitKat on the P8 Lite) but Huawei’s offering is tops in almost every other statistical category.

It comes down to this: would you rather have an affordable Android phone with a more recent version of Android or better specs? If you can’t decide, stay tuned for our full review early next week. 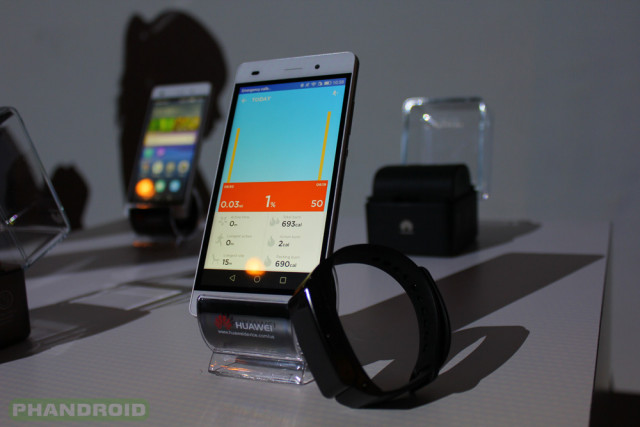