Groupon To Go is an upcoming online ordering platform that looks to give GrubHub, OrderUp a run for their money 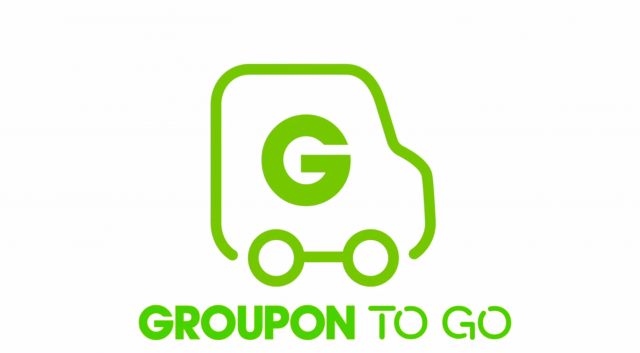 Groupon was all the rage when it launched back in 2008, one of the internet’s first daily deals sites that offered up discounted gift certificates on local food or activities. A few years later, the company began to fizzle out, reporting quarterly losses in the millions of dollars range.

Recently, we’ve seen Groupon branch out its business into new areas with a new app called Snap by Groupon that rewards shoppers with real cash instead of coupons. But it appears that’s not all Groupon has up their sleeve, with a new online ordering platform called “Groupon To Go” set to kick off sometime in the near future.

It doesn’t appear Groupon has made anything official yet, but the landing site is already live. There aren’t any deals populating it quite yet, but we discovered Groupon is already hiring To Go management positions in the Chicago area and recently picked up a trademark for their service so we’d imagine it’s coming very soon. 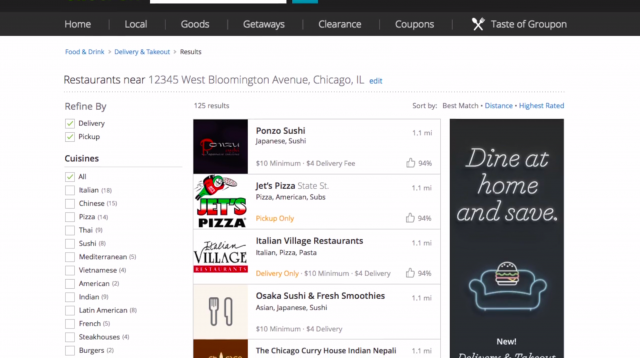 Once launched, Groupon To Go will let users search for local businesses offering up delivery in their area. It’s not too unlike services like GrubHub or OrderUp with Groupon acting as the middle man by digitizing participating restaurants’ menus and giving them their own business page on Groupon.com.

Once orders are received, Groupon will send them to businesses either by fax, email, or through their online merchant center. If restaurants want to further drive business, they can even create deals that will be broadcasted across Groupon’s online site, email news letters, and mobile apps. 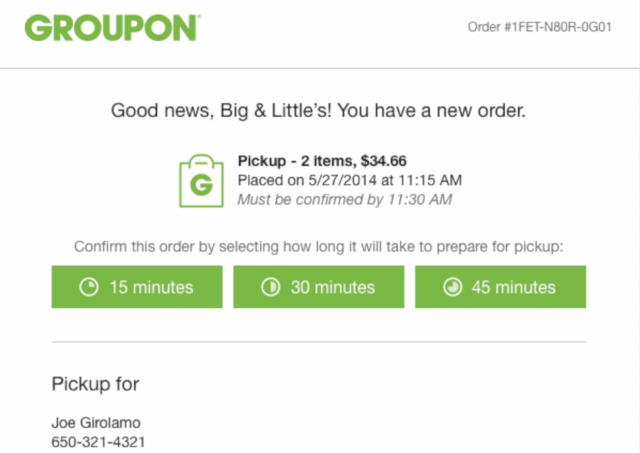 It’s an interesting entry into the food delivery market and with Groupon’s already huge user base, should be enticing to both customers and businesses alike. We expect to learn more once the service officially launches, but in the meantime, you can watch their promo video for business on Vimeo. 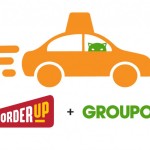