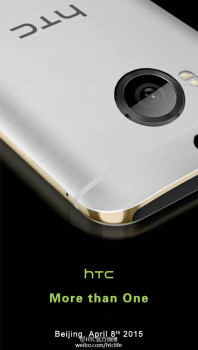 HTC had a big shindig in Barcelona a couple of weeks ago to unveil the HTC One M9, and now the variant we were really hoping to see could be due April 8th. The company is sending invites to Chinese press to show that they have “More Than One” device on tap this year, and they’ll be unveiling the latest in Beijing.

The invitation shows a device that looks to be similar to the rear of an HTC One M9, except it has the same dual camera setup we’ve seen on previous leaks instead of the lone camera featured on the company’s 2015 flagship — this, folks, is likely the HTC One M9 Plus.

That’s all we can tell from the company’s official teaser, though we know the device will have a couple of key differences up front. The main one is that there will be a physical home button smack dab in the middle of the bottom set of BoomSound speakers and will have dual functionality as a fingerprint scanner. The display is also a tad bigger, though at 5.2 inches (if OnLeaks’ most recent information is to be believed) it’s not the phablet-sized monster we were expecting.

Oh, and it looks like the mockup made by @OnLeaks was about as accurate as accurate can be — the in-the-wild shots seen below definitely show a device that looks like a slightly bigger HTC One M9 with a fingerprint scanner.

Its Chinese debut might suggest this device won’t be made available for many other regions to start, though we’ll have to wait for official word from HTC to be clued in on their exact plans. 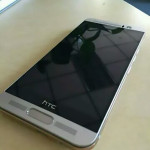 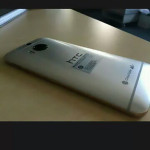 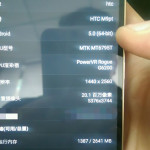