Cyanogen has been alluding to this for a while now, but they’re about to partner with someone on a phone that doesn’t rely on any of Google’s services. That much was revealed to Forbes in a profile about the up-and-coming company after they’d announced an $80 million Series C funding spurt.

The partner is BLU, a budding maker of budget smartphones that actually aren’t bad for their low cost. The details are thin right now, but the smartphone is said to be on tap later this year and will use a variety of apps and services to replace what Google’s suite provides. Here are just a few examples of which apps BLU’s CEO thinks can be used to replace the popular ones Google provides:

But the big question remains: will this be successful? If so, how? And — more importantly — why do they even want to do this? Kirt McMaster’s promise to “take Android from Google” was recently reiterated by stating he believed his company was going to put “a bullet through Google’s head.”

At this point, Cyanogen’s motives don’t seem all that clear. If we’re to draw examples from a high school social setting, their behavior (or that of the mouthy CEO’s, anyway) is akin to taking the ball from the 10 other kids enjoying a fun game of kickball for no reason than to be heady and rebellious.

Perhaps the reason isn’t clear to someone not involved with the day-to-day workings of the company, but our idea of making a new OS with a new ecosystem and new services isn’t “we’re going to dump everything Google, and replace them with offerings from other random companies.” One might assume this play is simply about money, and Cyanogen’s only gravy train is to strike deals with developers and companies to get their apps preloaded on these devices.

With no apparent rhyme or reason Cyanogen wants to be as far away from Google as possible, and we still have no idea why. It’d be nice to know, though, so we’re hoping those questions are answered as we inch closer to the release of this smartphone (and we’re hoping they’re answered in a far more tolerable tone than McMaster’s latest blurts). 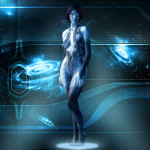 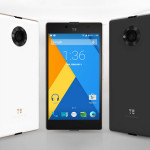 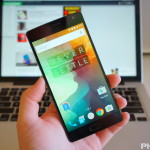 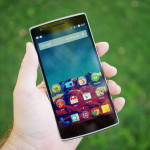 OnePlus One gets Cyanogen 12.1