Everything you need to know about the HTC One M9

Mobile World Congress was dominated by two new devices, the Samsung Galaxy S6 and HTC One M9. We pumped out a lot of content about these two heavy hitters, which means you might have missed some important stuff. In this guide we’ll be covering the One M9. The device might not look much different from last year’s model, but there is plenty of new stuff to discover. Here’s everything you need to know. 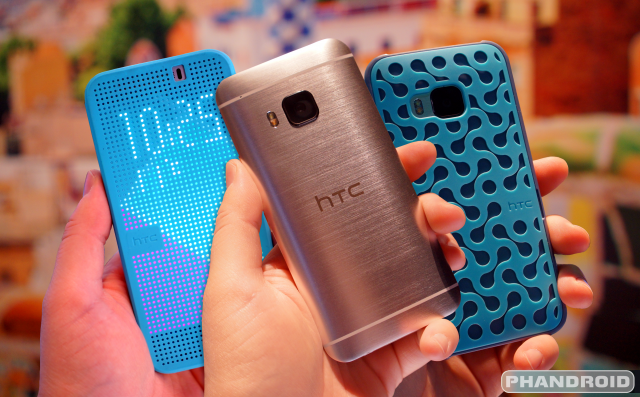 On the surface the M9 appears almost identical to the HTC One M8. For the most part that’s a very good thing, considering the One M8 was one of the best-looking Android devices ever made. There are really only two things that differentiate the two. 1) The M9 has only one camera on the back, and it’s more square than round. 2) The metal on the M9 has a brushed texture to it whereas the M8 was more smooth.

Under the surface is where the M9 has many improvements. Better processor, more RAM, improved camera, the latest version of Android, etc. You can read the full spec sheet for all the inner goodies, but here are the specs you need to know:

HTC One M9 vs The Competition

To see how these specs stack up check out the side-by-side comparison of the HTC One M9 vs One M8, and the One M9 vs Samsung Galaxy S6.

The HTC One M9 comes with the latest version of Sense on top of Android 5.0 Lollipop. Sense 7 has quite a few new features and improvements. Most of these new features will eventually make their way to older HTC devices, but for now they are only on the One M9.

Another great feature of Sense 7 is the ability to create completely custom themes. Sense has had themes for a while, but now HTC has opened them up to be much more personal. You can create a custom theme simply by taking a photo. Sense will then identify colors from that photo and change accent colors, icons, and even system sounds. There are also a bunch of pre-loaded themes, see all the HTC One M9 themes here.

One of the best new features in Sense 7 is the ability to customize the buttons in the bottom nav bar. Typical Android devices with software buttons have “back, home, and recents.” The HTC One M9 has these buttons as well, but there is room for a 4th user-defined button. You can set it to turn off the screen, auto rotate, show notifications, or hide the nav bar completely (swipe up to show).

HTC has also done a lot to make Sense 7 smarter. A new option called “Meal Time Bundles” shows local places to eat on your lockscreen, and later this year “Morning Bundle” will show news on the lockscreen. They’ve also added a “Sense Home” widget to the homescreen. The widget shows apps based on your location. Productivity apps when you’re at work, social apps when you’re home, etc. To round things out they’ve added “Smart Folders” that automatically organize apps for you. 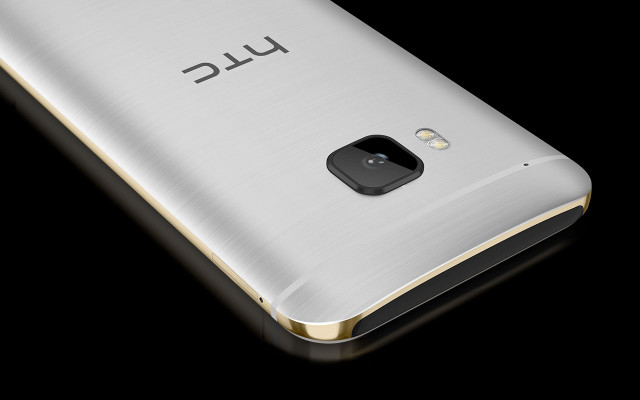 The most important aspect of the HTC One M9 might be the camera. The M8 had a decent camera, but many users were disappointed in the performance in non-ideal situations. With the One M9 they’ve finally stopped messing around with “UltraPixels” on the back and went with a traditional 20.7MP camera. They’ve also gotten rid of the “duo-camera” in favor of one big sensor.

The rear camera has autofocus, a backside-illuminated sensor, a f/2.2, 27.8mm lens, and is capable of 4K video recording.The big question is does the switch to megapixels result in better photos? The answer is “yes and no.” The good news is you can actually zoom in before taking a photo and still get a decent result, and photos in ideal situations look better than the One M8. The bad news is low-light photos are still not great.

HTC may have removed UltraPixels from the back camera, but they didn’t remove them from the device entirely. The front-facing camera is now equipped with a 2 UltraPixel camera. HTC says this allows for great seflies in all conditions, including low light. We put that to the test against the iPhone 6 in the video below.

Check out our side-by-side photos of the One M9’s UltraPixel front camera and the iPhone 6 in our comparison post. The One M9 easily outperforms the iPhone 6 in low-light and even perfect conditions. UltraPixels may not have been great for the rear camera, but they seem to be doing an awesome job up front.

The bottom line with the new camera(s) is it’s too early to tell. Right now we only have some short hands-on time and HTC’s own claims to go on. We’ll need to put the One M9 up against the One M8 and other devices before we can see if there are big improvements. So far it’s looking like HTC made some much-needed improvements.

Most manufacturers make cases for their phones, but none put as much thought into them as HTC. The Dot View case was one of our favorite things about the One M8, and HTC made it even better with the One M9. Dot View 2 fixes a few things users complained about and adds some really neat new features and designs.

The new Dot View case sits flat now when flipped behind the device. A lot of people complained about this one. They also made the new Dot View case clear on the back so the beautiful brushed aluminum can shine through. The biggest new features come in the companion Dot View app. You can draw your own designs, convert photos, and even play 8-bit games. It’s a really great app, and easily the best case out there. 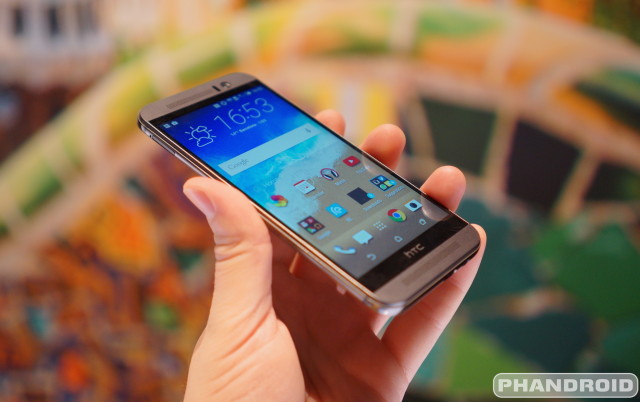 The last thing to know about the One M9 is when it will go on sale and for how much. HTC hasn’t given an exact release date yet, but they did say it will be available “mid-March,” and one major retailer suggests March 25th. They also didn’t provide pricing information. We can assume the One M9 will cost around $599-650 unlocked and $199 with a new contract from participating carriers. The device will be available in gunmetal grey, silver+gold, and pink.

Join in the HTC One M9 discussion at Android Forums 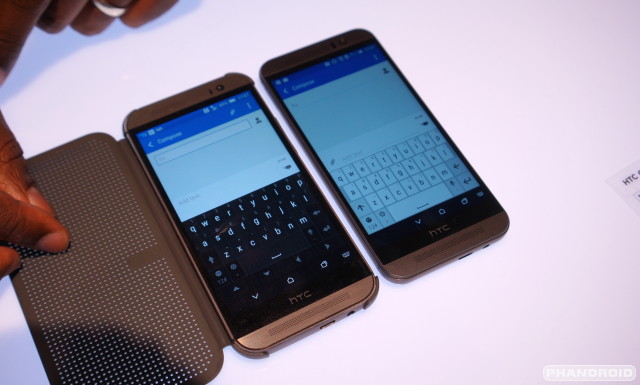 While you wait for the One M9 to be released you can chat with other fans in Android Forums. It’s a great place to ask questions and find out more information before you buy the device. Here are a few popular threads to get your started.