Talk about the OnePlus Two at AndroidForums.com! 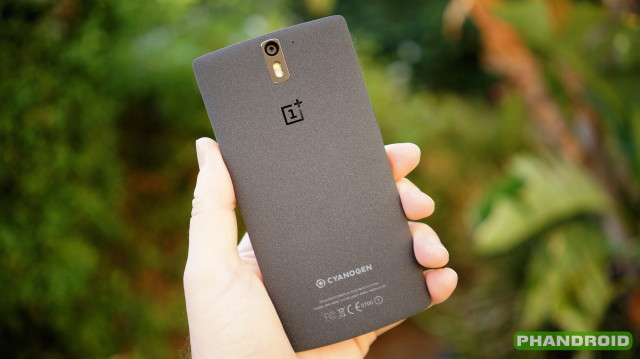 OnePlus is still trying to find a way to push units of their first flagship out on a daily basis, but that doesn’t mean they’re already thinking about the follow-up. The OnePlus Two, as we’ll call it for now, should hopefully deliver as much value as the original did, but in which ways?

Well, the latest rumor tells us we can at least expect a top notch display. GizChina reports that OnePlus has ordered a bevvy of 5.5-inch Quad HD (2560 x 1440) displays for use in their next flagship. To compare, the OnePlus One utilizes the same sized display, but with just 1080p resolution.

Many were hoping OnePlus would look to use a smaller display in the sequel to keep the physical device size down. When asked about it in a recent Ask Me Anything session on Reddit, a OnePlus executive said that they were “thinking about it,” but that didn’t really mean much — you always think about every possibility when building a delicate product.

This is just a rumor, though, so it’s possible we could be off the mark and they’re looking to go an entirely different direction altogether. The report goes on to state that OnePlus will look to go with the Snapdragon 810 for processing power, 4GB of RAM, 3,300mAh battery and Android 5.0 Lollipop. Sounds good, and should it all come to pass it will no doubt garner a lot of attention from media and consumers alike.

In the meantime, let’s see if OnePlus can manage to produce enough units to get off their pre-order and invite system for the current model before thinking about the next one.