First 12 things every Moto 360 owner should do 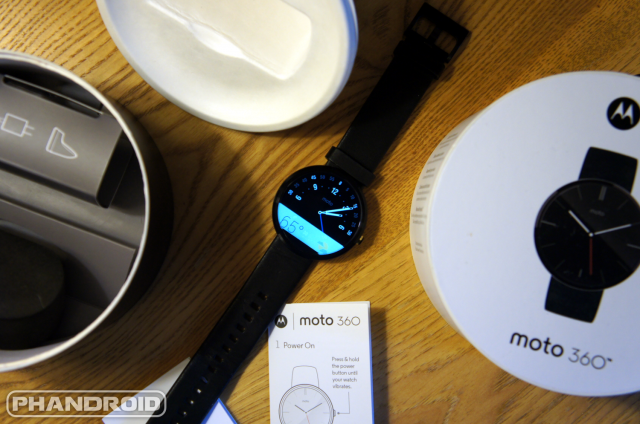 The Moto 360 has been in and out of stock the last few weeks, but it looks to finally be readily available from most outlets. Initial reports claimed the battery life was dreadful, which may have prevented some people from jumping on the device. Motorola recently sent out an update that vastly improves battery life and performance. If you’re ready to get on the 360 train, these are the things you should do first when your get it!

The first thing to do when you get a new device is to quickly un-package it, but the Moto 360 is not your typical device. The 360 has been crafted like a piece of fine jewelry, and the packaging matches that premium feel. You should unbox the 360 with the same care that Motorola took to make it.

Slowly lift off the lid

Carefully peel off the protective plastic

Beautiful. Now let’s do something with it. 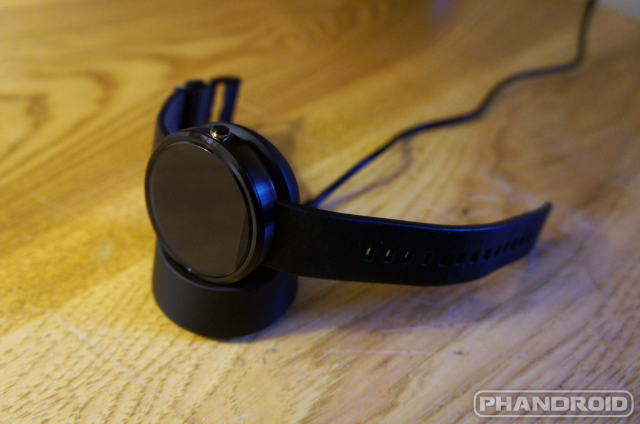 But wait. First we have to charge it. Most of the time when you buy a new device there is some charge left so you can power it on and set it up immediately. However, it appears most people who bought the Moto 360 have received it with a dead battery. Unless you’re a lucky one, before you can play with your shiny new smartwatch you will have to charge it. Womp womp.

Don’t fret. Charging the Moto 360 is a pretty quick process. You should have a full battery in less than an hour. 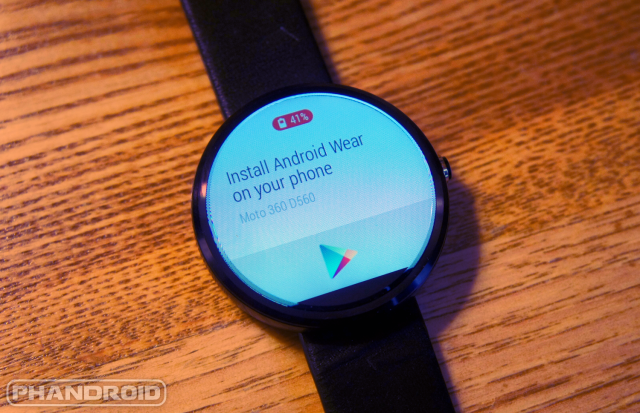 Finally! It’s time to actual start using the device. Once you get enough charge the 360 will boot up. The first thing you will be asked to do is choose your language. Next it will ask you to pair with the Android Wear app. 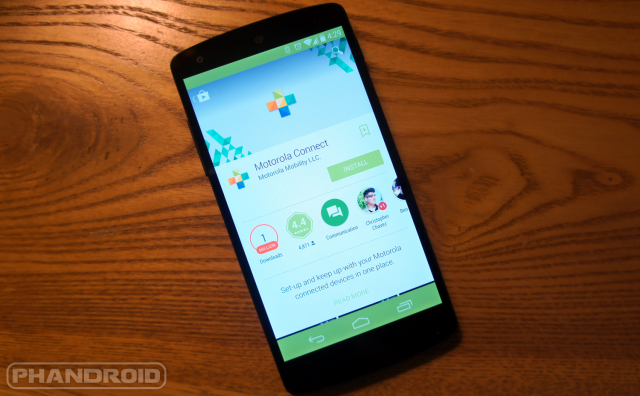 The Moto 360 also has a companion app from Motorola. With the Moto Connect app you can remotely check the battery life of your 360 and manage a few of the special features that other Android Wear devices don’t have, including customizing the built-in watch  faces, adjusting wellness profile, and tracking your smartwatch location. Download it here. 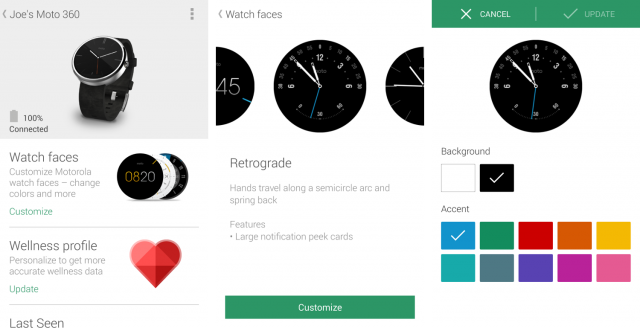 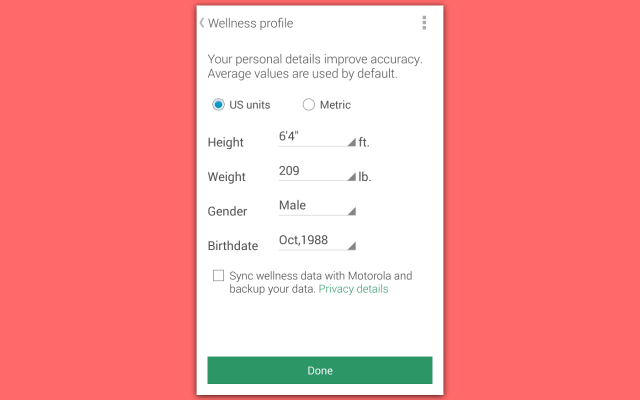 Motorola has included a “Heart Activity” app with the Moto 360. This app uses your heart beat to determine how much active time you’ve had in a day. In the Moto Connect app you can enter your height, weight, gender, and age to help the data be more accurate. 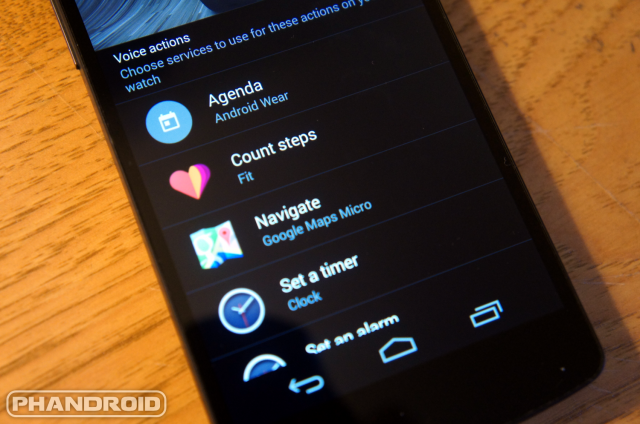 One of the main ways to interact with the Moto 360 is using your voice. In order to make this experience quick and seamless Google asks you right up front to choose default apps for certain tasks. Open up the Android Wear companion app and you will see a list of commands and the corresponding app it will use.

The app will automatically know if you have installed an app that can perform one of the commands. For example, on my device I can “Take a note” with Google Keep, Wunderlist, or Trello. Go through the list and choose the apps you want to use. If there isn’t an app available for a certain command you will see a grayed-out Google Play icon, which brings us to our next thing to do. 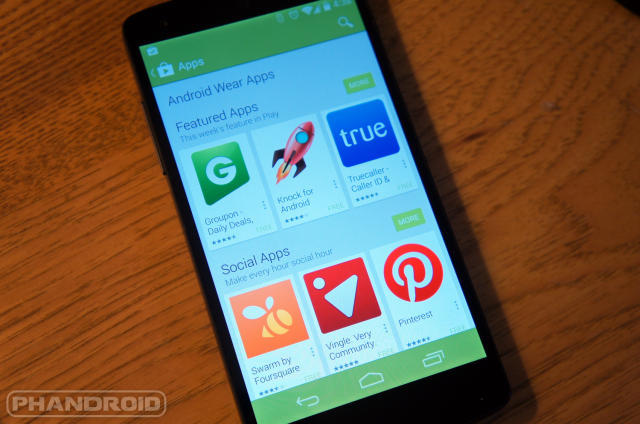 You’ll notice a “Browse suggested apps” button at the bottom of the Android Wear app. Tap it and you will be sent to the Android Wear section of the Play Store. This is where you can find apps to perform the voice commands from the previously mentioned list, and much more. It’s also worth noting that Google can be slow to add apps to this section. Doing a search for “Android Wear” or “Moto 360” in the Play Store will bring up even more apps. Here are some of our favorite apps:

To launch an app on your watch you can simply say “Open [app name],” or follow the steps below: 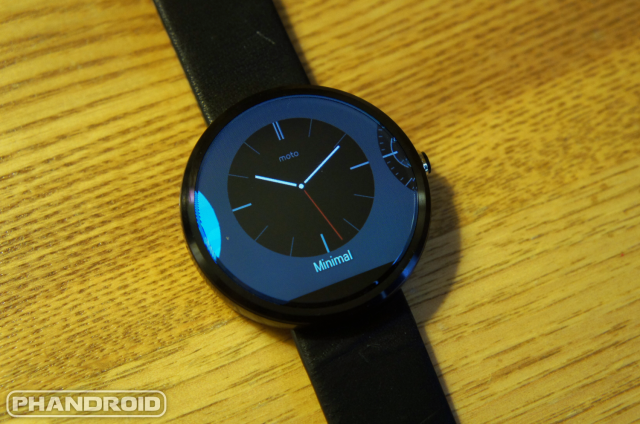 That’s it! Any watch face you install from the Play Store will also show up in this list. 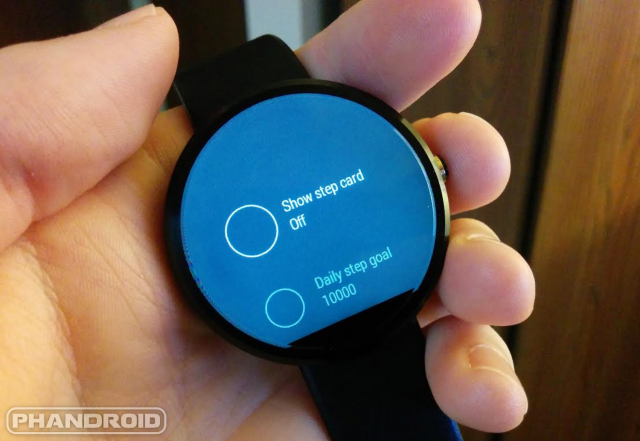 The last thing you should do, if you’re easily annoyed like me, is disable the Google Fit steps card. Within the first 10 minutes of using the Moto 360 I swiped this card away over a dozen times. It just won’t go away. Checking steps is cool, but I don’t need to see it all the time. If you agree with me you can disable the steps card, but the option is buried. Here’s how to find it:

You can still check your steps by saying “show me my steps” or by launching the app manually. 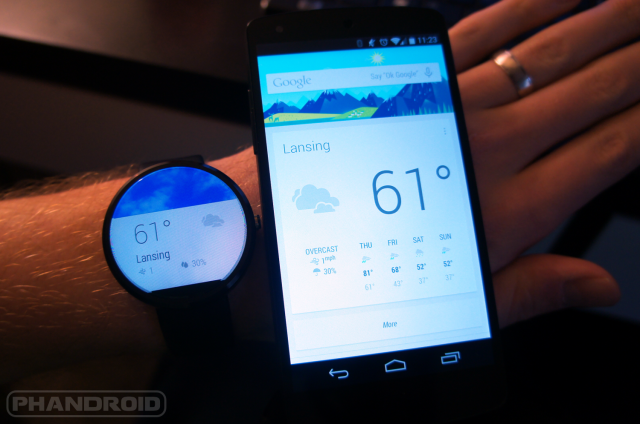 Android Wear relies heavily on Google Now to provide you with pertinent information. To get the best out of your Moto 360 you will want to make sure you have Google Now fully set up. To do this you will need open the Google app on your phone. 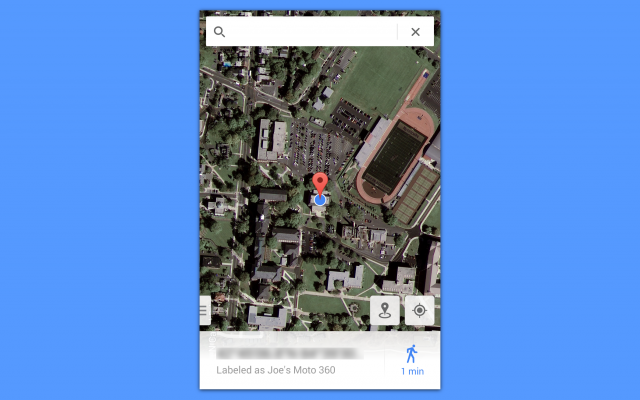 Lastly, if you’ve somehow already lost your new 360, you can see the last known location via the Moto Connect app. There is no set-up required for this. Just open the app on your phone, tap on the map and it will open your favorite map app to show the location of your watch. Go get it!

Now it’s time to go forth and use your beautiful Moto 360. At first you’re going to want to use it all the time, but remember it’s a smartwatch, not a phone.When you’re bored on the train you’re still going to pull out your phone for entertainment. The 360 is at its best when interactions are brief and fluid. It may take some time to get used to checking the time on your wrist instead of diving in your pocket, but in time you’ll be a seasoned smartwatch user.