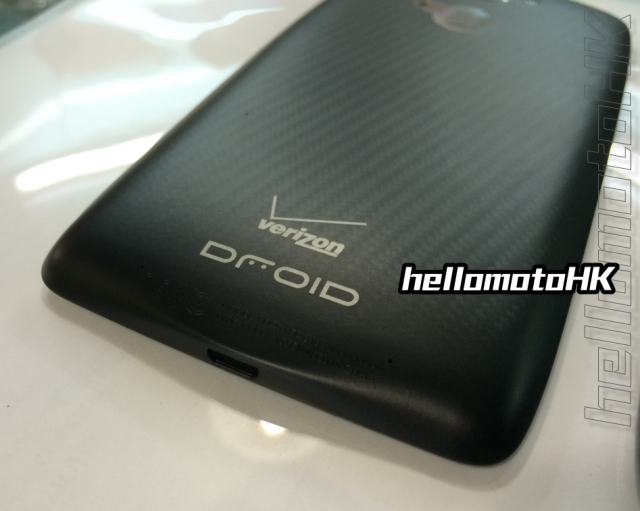 If the state of Verizon’s now active “DroidLanding” Twitter account is any indication (that, and a variety of recent leaks), we’d be willing to bet Motorola and Big Red are gearing up to announce a shiny new DROID phone in the coming weeks.

Rumored to launch as the “DROID Turbo,” we’ve already gotten a look at what the device may look like and although not the prettiest of Androids, the phone could carry some pretty impressive hardware under the hood. After rumors suggested as much, we’re seeing the device pop up again, this time in a GFXBench benchmark quoting specs like a 5.2-inch 2,560 x 1,440 display, Snapdragon 805 processor, 3GB RAM, and a high resolution 20MP camera. 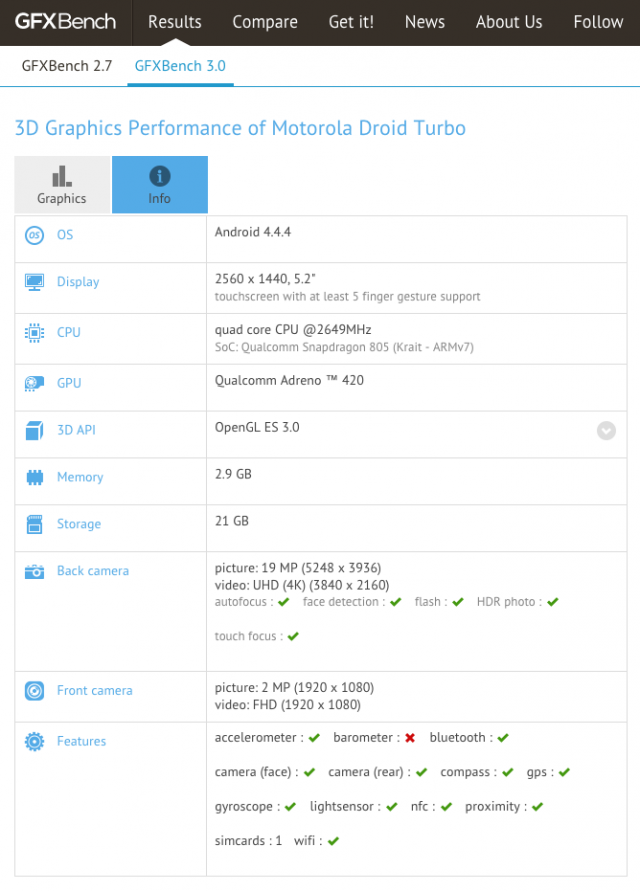 Unfortunately, there was no mention of battery capacity, although a recent FCC filing may have outed something along the lines of a 3,500mAh. Yeah, despite its arguably fugly looks, this sounds like it could be the one Android device to rule them all (at least, as far as raw horsepower and longevity are concerned).

It’s not uncommon for prototype or pre-production devices to make an appearance on the site, so this alleged Motorola DROID Turbo making an appearance really shouldn’t come as much of a surprise. Still, there’s always the chance something like this could be faked, so take it with a grain of salt for now. 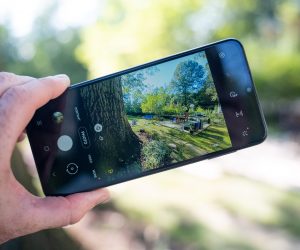