Everything you need to know about the new Moto X (2014) 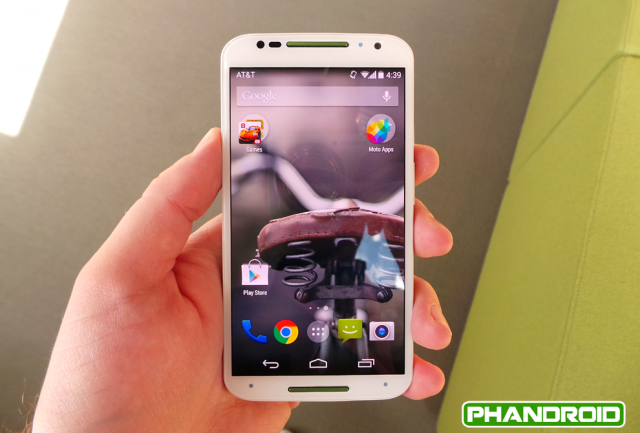 Last year Motorola released the Moto X to much fanfare. It was the perfect size, ran an almost stock version of Android, and could be customized with a plethora of colors and materials. People who own the original Moto X really love it, so creating a successful sequel is important for Motorola. Enter the new Moto X. Same name, but new in almost every way. This is everything you need to know about it. 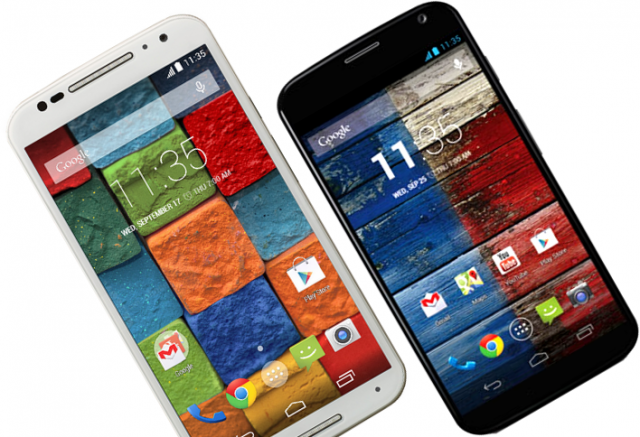 Motorola decided to keep the same name for their new flagship, but this Moto X is completely different from last year’s. The screen has been bumped up to 5.2-inches and 1080p resolution. The camera improved to 13MP. A more powerful processor has been thrown in. The battery is slightly bigger. Motorola even added more materials to Moto Maker.

Another thing that has changed is the price, but for the better. The new Moto X only costs $99 with a new contract, compared to the $199 price tag on the original. One reason for this price cut may be the closing of Motorola’s Texas factory. “Made in America” is a great tagline, but it makes things more expensive. So while the name may be the same, you can see why this is an all-new Moto X. A flagship that can compete with Samsung, HTC, and LG’s big dogs.

We’ve discussed what makes the new Moto X different from last years model, but here are the nitty-gritty details.

Here are the specs put up against the best from Samsung, HTC, and LG: 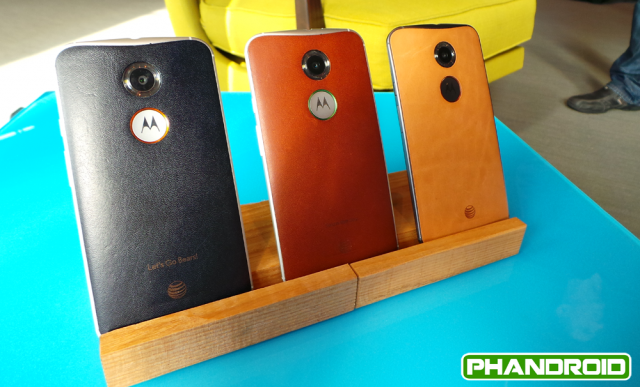 One of the big selling points of the original Moto X was Moto Maker. This handy online interface allowed users to choose colors, materials, and engravings for their device. This year, Moto Maker has been updated with a refreshed color palette and features new natural materials. Wood materials were added in 2013 and include Bamboo, Teak, Walnut and Ebony. The leather, a brand new material in 2014, comes in four colors: Natural, Cognac, Black, and Navy. There are thousands of combinations.

On paper everything looks great so far, but what about the Moto X in real life. We were at Motorola’s private event in Chicago last week to get a bunch of one-on-one time with the new phone. Check out our hands-on, unboxing, and first impressions videos below to get a taste of what this phone looks and feels like.

Now that we’ve got you salivating over this device you are probably wondering when you can get it. The new Moto X will be coming to countries in North America, Latin America, Europe and Asia starting later this month. Moto X will be available for as low as $99.99 with a new two-year customer agreement on select carriers in the US. It will be available off-contract and unlocked in the US from $499.99 on Motorola.com.

Now that you know everything about the new Moto X it’s time to decide if you will be getting one. Are you impressed with the changes Motorola made? Do you wish they would have kept the size of the original? What is holding you back from buying it? Let us know in the comments and vote in the poll below! 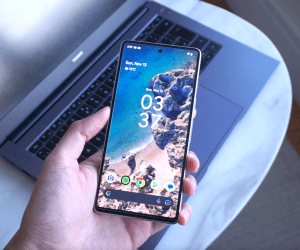