Tested: Moto 360 should work fine on (most) Qi-enabled chargers, but results may vary 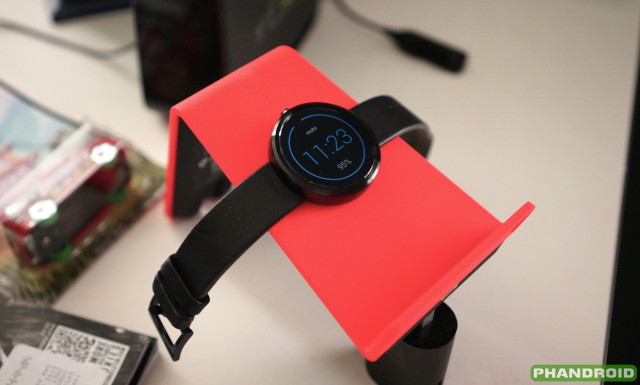 While we’re sad to see it missing from Motorola’s latest flagship — the all new Motorola Moto X — we’re happy to see it offered somewhere, with the Moto 360 being the next best thing (especially given it’s a device everyone can own, regardless of your Android affiliations). 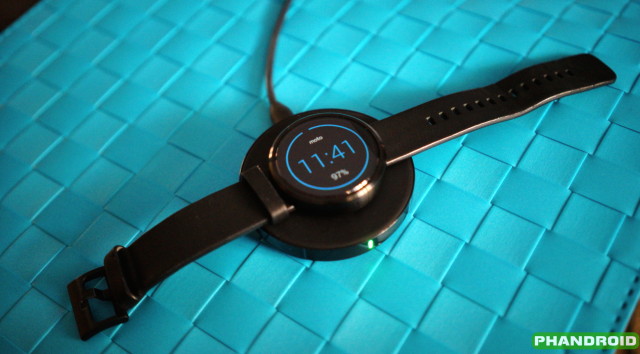 We will note, there were some inconsistencies. Once our Moto 360 reached a full charge on our Tylt charger, we got a strange blinking red light error, after which the watch simply would no longer charge. We noticed the watch was abnormally hot — much higher in temperature than when using the official Motorola charger — but nothing that worried us too much.

With the LG charger, the watch would stop charging once it hit 100%, only to start back up again when it dropped to 99%, repeating the process over and over again. We’d have to pick the watch up and tweak its position to get it to “catch” and stay in a 100% state for the rest of the time. Needless to say, it wasn’t simply a drop and go affair and took some fine adjusting to keep that 100% going.

It’s for these reasons we’d recommend sticking to the official Motorola Moto 360 wireless charger that comes inside the box for best consistency, using 3rd party chargers only in a pinch. Just some food for thought before you all rush out and buy a Moto 360 wherever they’re slowly coming back in stock. Keep out an eye out for our full review in the coming days, once we’ve had enough time to put the Motorola’s smartwatch through its paces.