Update: Moto 360 is already sold out at Motorola.com and the Google Play Store but you can still buy it at BestBuy (for now)!

Update 2: The Moto 360  is now sold out everywhere. Follow Phandroid (top right!) for updates on availability! 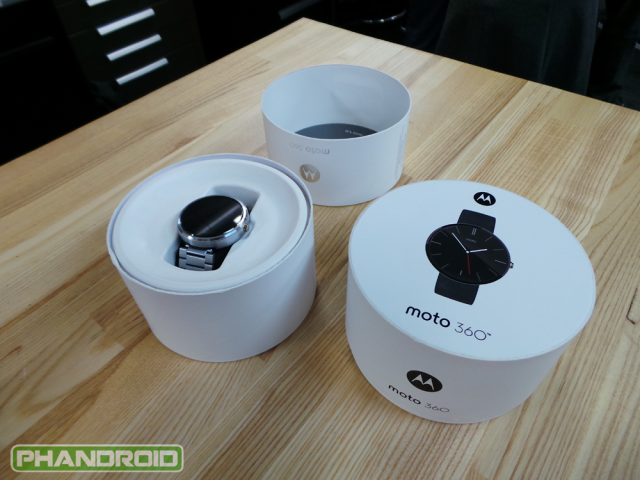 It’s been a long time coming. Ever since getting a firsthand look at the Motorola Moto 360 during the Google I/O developer conference, we’ve done nothing but drool over its premium materials and fashionable circular watch face. But today marks the day you can finally spend your hard earned money towards your very own.

Motorola has just announced that starting at 9AM PT/11PM CT/12PM ET, the Moto 360 will officially go on sale for $250 at the following online retailers:

For the time being, this means you can pick up the smartwatch in either a black frame with black leather or silver frame with gray leather either direct from Motorola’s site, the Google Play Store, or online at BestBuy.com. Motorola mentions that the  modern timepiece will also be available in-store at select Best Buy locations, so you might want to check availability before making the drive to your nearest location. 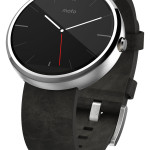 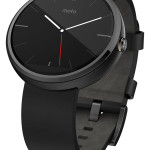 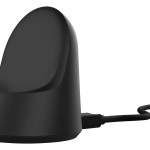 If the premium Horween leather bands don’t quite get your motor running, the waiting isn’t over yet. Remember those metal bands Motorola was showing off in that GIF? Well, Motorola will be releasing two titanium metal options later this fall for $299.99 from the same locations. Should you decide to jump on the smartwatch right now, the metal bands will also be available separately for $79.99 at that same time, along with leather bands for $29.99.

Unfortunately for Google I/O attendees anxiously awaiting the arrival of their free smartwatches, Motorola tells us the availability of those models is in the hands of Google (not Motorola). It would have been a privacy concern to share contact information of Google IO attendees with Motorola without prior written consent. We were told Motorola has already shipped Moto 360 units directly to Google for their eventual enjoyment by 2014 I/O attendees.

Will you be buying the Moto 360 today? If so, which color option will you be opting for? 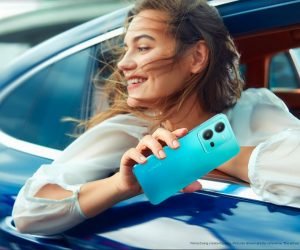 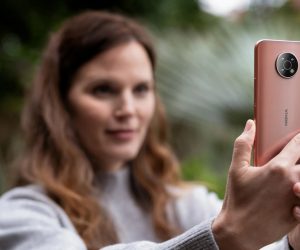