LG KizON is an Android watch for kids

Samsung and LG are the only manufacturers with Android Wear watches on the market and both continue to forge ahead in the wearable space. While the Gear Live has received an update that brings “Call a car” support from Lyft, the latter has announced a watch aimed at parents whose entire concept seems to be “Call my kid”. Don’t get confused: the watch is designed for children to wear but since it’s targeting the pre-school and primary school children, parents are the real customers. 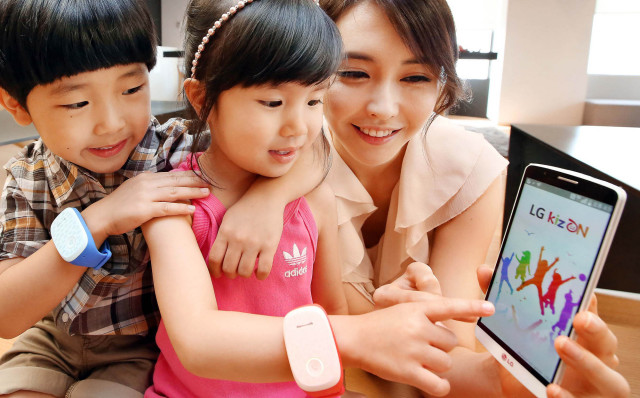 The idea is somewhat cute, but look at the size of those things- you might as well strap helmets with security cameras on their head! I’m not a parent so probably not the best judge, and I assume these kids are on the younger side of the age range, but given the device’s limited capabilities I would expect something much more form fitting.

The LG Kizon’s primary features are based around keeping a close eye on your tikes no matter the distance.  For starters, it tracks and reports location via GPS and WiFi (with companion app), pinging parents with location updates throughout the day. The watch has only one button and pressing it will call a specific parent’s number that is pre-configured (and updatable) through the companion app on an Android phone or tablet.

It works the other way, too. Parents can call their child directly, and if they don’t answer within 10-seconds the watch will accept the call automatically, letting them listen in on whatever’s happening. Watch out, reckless babysitters!

One thing LG seems to have done right is give the LG Kizon a playful look that I’m sure kids will enjoy. “Time to put your KizON,” sounds so much better than, “Take off that leash and strap on your location tracker, Suzie!” I wouldn’t have opted for the KizON spelling, but it doesn’t look like these kids know the alphabet yet anyways. 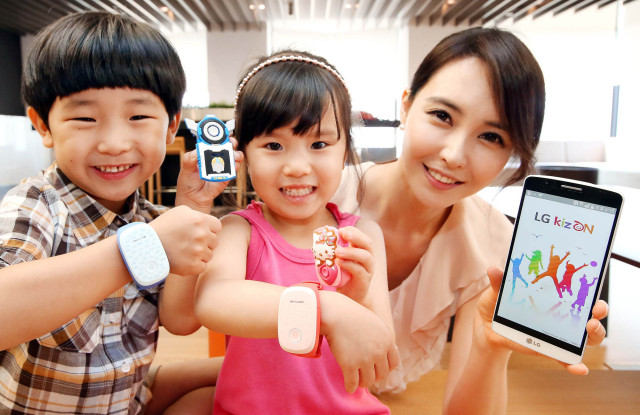 Parents clearly won’t be buying the LG Kizon for specs, but instead for the safety and assurance it provides their family while keeping the kids happy. So parents out there… is this something you’d consider getting for your little rascals?