It might be true that Vic Gundotra is leaving Google, but his fingerprint (and signature) is still seen on patents passing through the USPTO, the latest of which imagines a Google+ that better integrates with your mobile carrier. The patent could lend some credence to rumors that Google intends to have the Android team swallow the G+ team.

The 25 page patent application, titled “Integration of Carriers with Social Networks“, primarily describes new ways that Google+ could soon operate more closely with Verizon, AT&T, T-Mobile, Sprint, and other service providers. The most interesting? Automatic creation of a “preferred calling group” Google+ Circle that bypasses typical “Carrier to Carrier” free minutes promotions and allows you to set a number of Google+ contacts – regardless of their mobile carrier – as contacts you can call freely without the use of your plan minutes or additional fees. 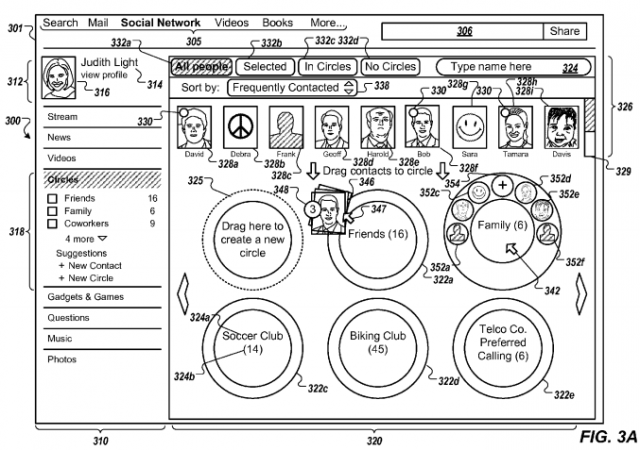 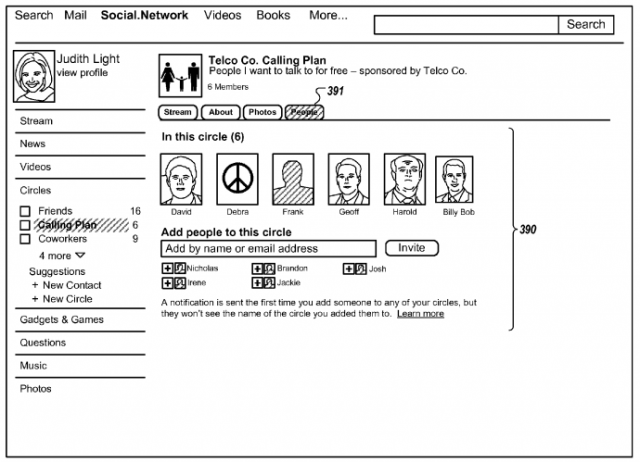 Not enrolled in G+? Google would use this as an opportunity to connect you with friends and family using your phonebook in your carrier’s account. Wouldn’t that process be made much easier if it was programmed directly through the Android OS and the Google+ app for Android?

I say “perceived” switching costs because most people won’t ever do this math. They’ll simply know that Mom, Dad, and a few of their buddies have Verizon and they don’t want to lose that Verizon-to-Verizon promo. But what if Google promoted free Plus-to-Plus calling for one of your circles through, say, T-Mobile (regardless of carriers)?

It may seem like a long shot and their is no evidence to suggest any partnerships like this are in the works, but it’s this exact thinking by the likes of T-Mobile and HTC that made Android possible. If you’ll remember, other carriers and manufacturers were uninterested in creating and participating with Android because of its potential to break the status quo. As we all know, the status quo sucked, but was lucratively sucky for the likes of Verizon and Nokia. Android needed champions like T-Mobile and HTC who could challenge the status quo because they needed a shift to survive.

The straits aren’t so dire here, but there are still lots of barriers to break down. Whereas the past 5 years have seen exponential improvements in hardware and software, the next 5 years of mobile tech growth will be more about services and integrations. Once that ball starts rolling, they’ll be no stopping it.

Contrary to the slew of misleading rumors calling Google+ a failure that Google hopes to sweep under the rug, I believe you could already consider G+ a success, albeit one with plenty of hills left to climb. This patent indicates Google is still very much thinking of Google+ as a huge opportunity that they want to give increased visibility and integration within the Android and greater Google ecosystem. And knowing the numbers behind web and mobile use as it relates to social networking, Google+ isn’t something Google would give up on so easily.

One missed opportunity I simply can’t shake: they should have creatively rolled Google Reader into Google+… even if merely existing on its own little News tab like in the mockups above. Rather than converting this highly used content discovery system into G+ users, they abandoned them, causing a mass exodus that offered absolutely no value to Google’s other company goals and initiatives. An institutional failure and complete disaster in my opinion.

While the increased integration with Google+ throughout their product portfolio initially caused some serious backlash (YouTube comments, Google Play Store Reviews, etc…), I’ve found that connectivity to be convenient and refreshing. It begins to remove the anonymous veil that has so long protected trolls, spammers, and bullies on the web and potentially offers a personal value and reputation system to web-based interactions that was not previously possible. Right now we’re still skimming the surface.

Is privacy a concern? Yes. Should people be able to opt-out of these forced integrations? Absolutely. But in my opinion the Internet as we’ve known it has been a wasteland of “you-cant-see-me-so-i-can-say-whatever-i-effing-want-and-get-away-with-it” for far too long. Not to mention, landing on any number of sites and finding a “Sign in with G+” has been a distinct pleasure.

Also worth noting: the images submitted in the patent also show a mock Google+ layout with some interesting additions to the sidebar: News, Videos, Gadgets & Games, Questions, and Music among other items. This doesn’t forecast anything, but interesting nonetheless.

Keep in mind that this is a continuation of a patent filed several years ago. We’ve yet to see any fruits of this labor, but similar to a recent Facebook Phone patent that popped up, perhaps this expresses a renewed interest suggesting something similar is around the ccorner.