Android Silver: will the Samsung Silver Shine be first in Google’s new lineup?

Up until today, your guess about who would be the first manufacturer to produce an Android Silver phone was as good as ours. If you don’t know, Android Silver is said to be the name of the handset initiative Google will use to replace the traditional Nexus line (and presumably the Google Play edition line, as well).

All the details are right here, but the quick explanation is that it’s said to be a free-for-all for OEMs who want to create pure Android devices. Google’s willingness to put up the marketing dollars to sell the phones in stores will be a key selling point for carriers and OEMs to participate. In return, they commit to minimal bloatware and customization, and fast, regular updates.

First up to bat: Samsung?

So who’s going to play along? Tough to say at such an early stage, as rumors suggest the program isn’t set to kick off until sometime next year. A new trademark may have given us a sense of clairvoyance, though, with Samsung seeing fit to call dibs on “Silver Shine.” The trademark — which carries serial number 86259975 — was granted under the usual categorical suspects: mobile telephones, digital cameras, computers and the like.

It’s interesting to think about the type of phone Samsung would make for Android Silver if they are, in fact, thinking about it. We imagine it wouldn’t be far off from the Samsung Galaxy S5 of today, or even the supposed Samsung Galaxy S5 Prime of the near future. The word “premium” was stressed in all of the Android Silver leaks, after all, so we’d be surprised if they were planning to put a stinker onto the market. 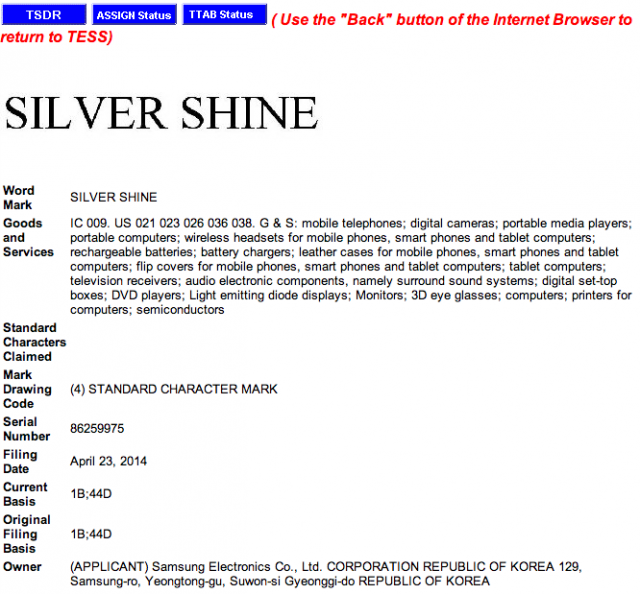 Samsung’s no stranger to trying out these programs. They were responsible for two of the first three Nexus phones, and maintain their status as the only OEM to have made a 10-inch Nexus tablet.

They also offered the Samsung Galaxy S4 in Google Play Edition form last year, and are expected to do the same with their current flagship. Let’s not forget that Samsung is embracing the Android Wear platform for a forthcoming smartwatch despite having their own Tizen-based Gear line. 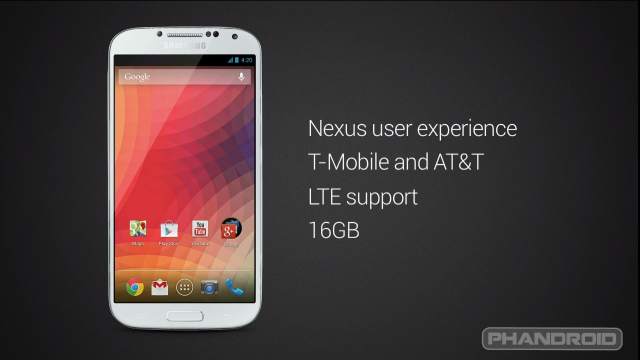 You wouldn’t be wrong to think some of Samsung’s moves to create their own “walled garden” of apps, content, services and devices are contradictory to their willingness to play along with this sort of stuff, but they’ve shown time and again that they are willing to play ball on any field.

Who will make the “Silver One”?

Something else to think about in all of this is what Google will do in terms of branding. It’s clearly something they have to consider if they’re planning to market this line up against exciting juggernauts like the Galaxy S line, HTC’s One line and LG’s premium G devices.

It’s entirely possible that Google could mandate the use of “Silver” at the forefront of these devices’ names, not all unlike what they currently do for the Nexus line (with the exception of the Galaxy Nexus and its flip-flopped orientation). 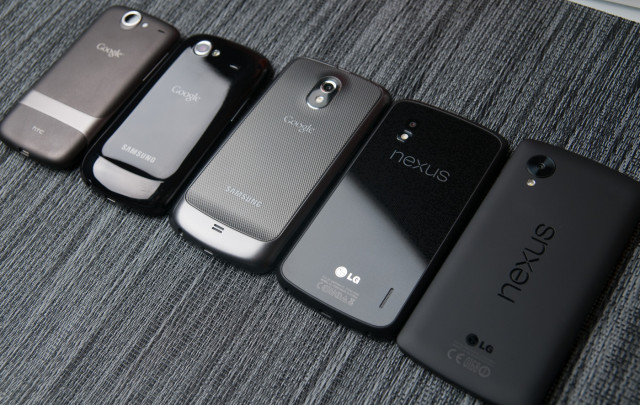 Branding like that will be important in establishing the line and giving people something to identify it by. They’ll know what to expect once they see that “Silver” name tacked on, which we’re expecting to be a solid, powerful, clean and lean collection of devices with support unmatched by any other phone on the market. All of that is to say this — don’t be surprised if Google feels a bit nostalgic and decides to have someone like HTC create the “Silver One” phone to kick this thing off.

Of course, Silver Shine could have nothing to do with Android Silver and be something entirely different altogether. If Samsung’s potential interest in Android Silver is there we’re sure it won’t be long until they’re joined by the likes of LG, HTC and Motorola. All that said, we’re left waiting for more details — official or otherwise — without much else to go on. Fingers crossed that Google decides to throw us a bone at Google I/O this summer.