Don’t Smash the Past: This OnePlus One promotion is a bad idea 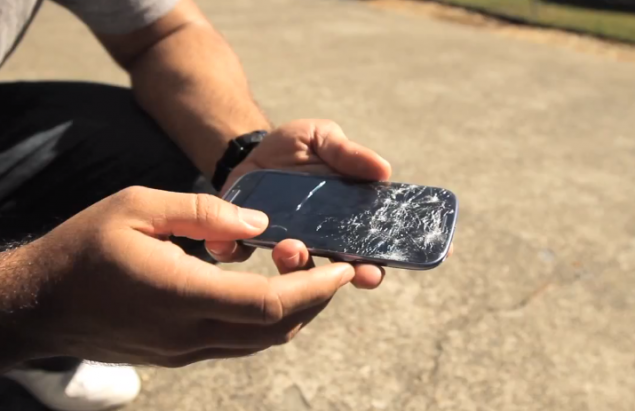 After unveiling their “Flagship Killer” smartphone earlier this week, Chinese start-up OnePlus has announced that you can become one of the very first 100 people to purchase their new phone. Even better – it will only run you one dollar. All you have to do is enter a contest stating that you’ll smash your current smartphone if your entry is chosen. This is a bad idea.

Sure, drop test videos and “phone durability tests” generate an insane amount of views and dumb promotional stunts generate a lot of hype for businesses. These are reasons why we love the Internet – for sometimes dark and twisted entertainment. That said, these types of stunts are done on a very small scale. Asking 100 people to destroy perfectly fine smartphones is just bad form and someone could get hurt.

OnePlus has already stated that they won’t be held liable for any damage or injury that occurs while smashing your phone. Why did they put that clause in their FAQ? Because it’s a very real possibility. Remember the Galaxy S5 hammer test that sprayed out noxious fumes and caused the viewer physical harm? I’m sure he’ll never forget it.

Here’s a few alternatives to smashing your phone:

Sell it on Swappa. OnePlus wants you to smash your phone in lieu of $298. Did you know that a lot of the phones accepted by OnePlus’s Smash promo actually sell for a lot more on Swappa? For example, the unlocked Samsung Galaxy Note 3, Samsung Galaxy S4, iPhone 5, iPhone 5c, Sony Xperia Z, LG G Flex, and many others are selling for $450-$550 right now. You’d actually turn a profit if you sold your current phone on Swappa and used that cash to buy a OnePlus One.

Use it as a media device. Turn your phone into a music player. This is a great idea for kids. If you don’t have kids, no problem. Having a portable music player helps save your phones precious battery life. You could also turn your spare phone as a dedicated remote control for your Chromecast devices.

Turn your phone into a security camera. There’s plenty of camera apps on Google Play that allow you to turn your phone into a home surveillance device. You’ll be able to easily check in on things while you’re away from home and you don’t need to buy an expensive system to do so thanks to your existing Android phone and just an app.

Use HTC’s Power to Give program. With the Power to Give app, you can make the world a better place by using your phones CPU cycles to crunch research data. It may not be that much, but you’ll be able to sleep at night knowing your helping out in some way or another.

Donate your old phone to a good cause. Cell Phones for Soldiers is a nonprofit organization that provides free communication services to active-duty military members and veterans. If you don’t want to have to keep a phone plugged in all of the time just to a good dead, this is probably your best option – helping those that have served your country.

Will you be entering the contest for a chance to smash your phone? Let us know in the comments.