The Samsung Galaxy S5 is real, alive and kicking, and now that we’ve gotten the official deets from Samsung it’s time to see how it stacks up next to last year’s offering. There are still some people out there who’ll seriously consider the Galaxy S4 over the Galaxy S5 — especially because a lot of companies will be dropping the price on it to ridiculously low levels — so let’s take a look and see if the new kid on the block has enough to convince smartphone buyers to drop another few hundred dollars on a new phone this year. 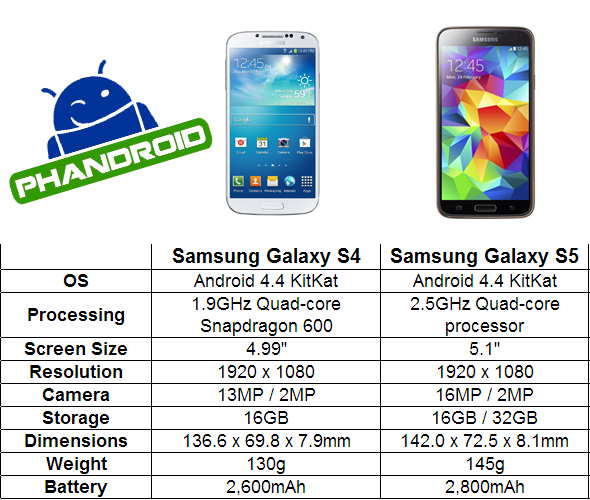 Samsung’s long taken lashings about their love for plastic. That act didn’t change with the Samsung Galaxy S4, and we’re still at that crossroads with the Galaxy S5. Their latest flagship device does indicate they took care to make a device that looks and feels premium, though, and it looks like they’ve finally hit that balance here.

Some might contend that the Galaxy S5 till doesn’t even look as good as the Galaxy Note 3, though, and think Samsung should still look into using some form of metal or going with an overall new design language for their next go-round. One thing’s for sure, though — it looks like a Galaxy, and it will definitely feel like a Galaxy. 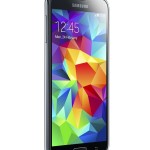 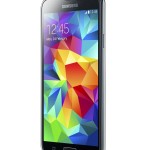 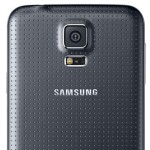 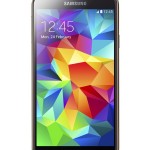 We thought Samsung would be able to pull the same thing they did with the Galaxy Note 3 by increasing the screen size without increasing the overall size of the device, but the Galaxy S5 is a tad larger than the Galaxy S4. It’s not a huge difference, but it’s a bit of a disappointment considering the feat they pulled on the phablet side. Oh, and we’re definitely digging the waterproof and dustproof specification on this thing.

There’s not much to surprise us with here — the display on the Galaxy S5 is about .1-inch larger than the Galaxy S4. Everything else is pretty much the same, with the resolution and display technology not moving an inch compared to the older Galaxy S4. 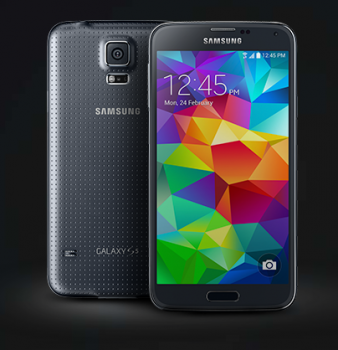 Much to the dismay of many, Samsung stuck with 16GB of storage for their base Galaxy S5 model. The company did opt to bring back the microSD card slot we all know and love, though, which now supports up to 128GB microSD cards over the Galaxy S4’s 64GB.

Finally, it’s worth noting the Samsung Galaxy S5 has a 2,800mAh battery, which is about 200mAh more than the Galaxy S4. We’re not sure how that’s going to perform in real world testing, but we can’t say we’re disappointed about the increase (no matter how minuscule it may seem).

The Galaxy S4 is starting to get Android 4.4 KitKat right now, and the Galaxy S5 is confirmed to be launching with it. With that, though, Samsung introduced some new features on the Galaxy S5’s version of KitKat that we’re sure many would love to have.

TouchWiz looks a bit nicer, though changes aren’t quite as drastic as original rumors first suggested. You’ll find the most significant changes in the quick settings toggles, as well as to the far left of the home-screen where Samsung’s Magazine UI now resides.

Samsung’s S Health applications have also been upgraded with great new features for use with the latest Gear smart watches and activity trackers. History tells us that there’s a good chance we’ll be seeing a lot of this come to older phones by way of future software upgrades, but for now you won’t find a smartphone experience quite like the one the Galaxy S5 provides.

One thing you also won’t be getting on many other phones is the fingerprint scanner, which will give you secure access to your smartphone with the simple swipe of a finger. It’s also integrated with PayPal, so you can facilitate all your electronic payments with added security and without added frustration.

Megapixels aren’t everything, but the Samsung Galaxy S5’s main shooter does get a slight bump to 16 megapixels compared to the 13 megapixels on the previous iteration. What we’re most interested in, though, is its ability to record 4K resolution video. 4K might not be the standard right now — in fact, you’d be hard-pressed to find a display to take full advantage of it without paying hundreds of dollars — but future-proofing has never been a bad thing.

Knowing the importance of a smartphone in capturing memories (it’s often the first thing people grab to capture those once-in-a-lifetime moments with no warning), Samsung’s also heavily improved focusing speeds thanks to phase detection autofocus. That’s a technique usually only found in DSLRs, and it’s great to see Samsung putting it to use in a smartphone.

It takes about 3-tenths of a second to focus now, which is quite ridiculous for a smartphone with such a small sensor. We’re not sure how well it performs in less ideal lighting conditions just yet, but there isn’t much room to complain about that.

Other new camera features include real-time HDR, selective focus, new automatic shooting modes, and a “studio” mode for editing photos and videos right there on the device.

And there it is, all laid out for you. The Galaxy S5 isn’t the mind-blowingly amazing device we thought it’d be, but it definitely is worthy of being called a Samsung flagship.

Its tale of the tape reads like something that should be released in 2014, though we’re a bit surprised Samsung didn’t bring some of the most exciting improvements from the Note 3 — such as increased RAM — over to their main flagship for the year.

We’re also a bit saddened to learn that Samsung didn’t go with the ultra-sharp 2560 x 1600 screen resolution that we thought they would, though a 1080p display is still quite sharp at this small of a size.

How about you? Is it a love-hate thing? Is it worthy of an upgrade? Are you going to buy one? Use the poll below to give us your thoughts, and head to the comments section to expand on those thoughts if you’re feeling up to the task. Stay tuned for our hands-on time with the Samsung Galaxy S5.