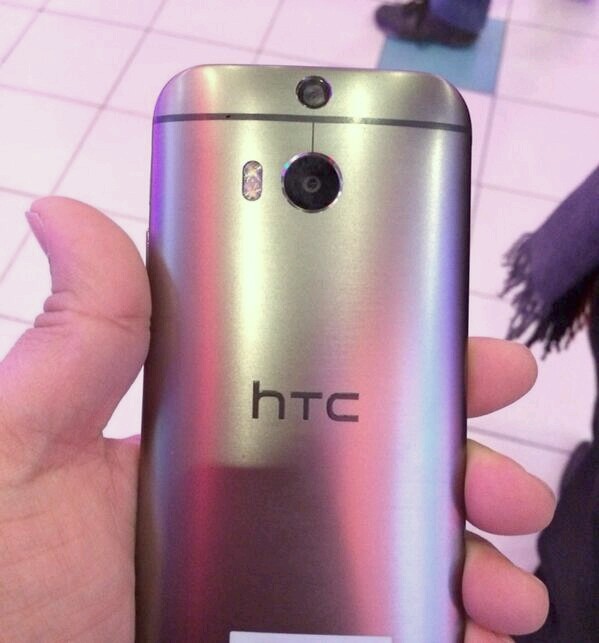 Samsung already announced their big reveal date for their upcoming flagship during next week’s Mobile World Congress. And where Samsung has been doing a bang-up job at keeping the Galaxy S5 behind their curtain, rival OEM HTC hasn’t been so lucky.

We’ve been waiting for an official word on when HTC plans to reveal their big follow-up to the HTC One — the HTC M8 — but in the meantime, the device has been making numerous appearances in leaks. Although, we’ll admit, a good majority of were likely fakes/hoaxes, this latest leak’s authenticity is pretty much undeniable.

What you’re looking at are some purported images captured of the HTC M8 in the wild, allegedly take by a Google+ user. You’ll notice the device appears very similar to appearance to the most recent leak giving us a clear view of the front, only now we have a clear look at the back. You’ll notice the device has much more curved corners, and what appears to be a slightly polished, more metallic finish than the current HTC One (M7). We know not everyone is going to agree with this new move, but if it provides for better grip, we’ll adjust. 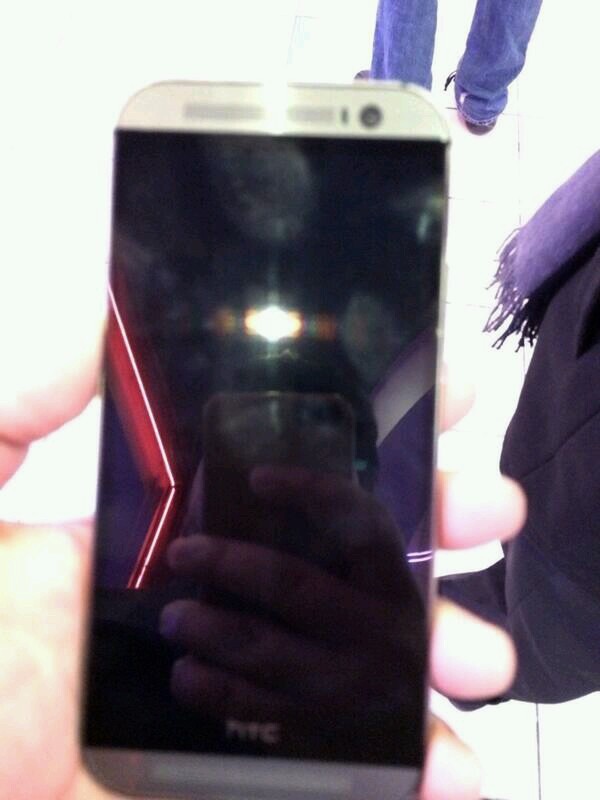 Some users on Reddit seem convinced that this could in fact be the HTC M8 Mini given the size of the speaker holes and skinnier aspect ratio but it’s tough to tell. Of course, we’ll need further confirmation but when holding our current HTC One in the same manner as the pics, reveals a phone that’s largely the same size (this M8 appears to be slightly taller).

If you needed further confirmation that the above images are real, HTC evangelist, Shen Ye, was able to vouch for them, also confirming a single detail about the upcoming HTC M8: the device’s rumored micro SD card slot. Now that’s some change many Android users could get used to.

What do you guys think about this latest leak? Have it set in your heart that the HTC M8 will be your next smartphone, or are you holding off judgment until we see what Samsung unveils?