We just about lost our minds when — out of the blue — Motorola dropped a bombshell on the mobile industry with the announcement of Project Ara, the company’s modular-based smartphone concept. Like Kelly LeBrock in Weird Science, Project Ara was nothing short of an Android fanboy’s wetdream manifesting itself into reality.

Taking cues from the PC industry and an earlier concept called PhoneBloks (the creator would later join up with the Project Ara team), Project Ara allows for users to switch out and essentially upgrade the specific components of their smartphone’s hardware (RAM, battery, CPU, display) however, and whenever they want. A stark contrast to the all-in-one smartphone model we’ve grown accustomed to, the idea was aimed at eliminating the need to trash an entire smartphone simply because the device wasn’t quite fast enough, didn’t last long enough, or couldn’t snap as nice a pic as the next device.

Imagine our surprise to find, only a few short weeks later, that Project Ara was already nearing “prototype status,” and that the device (and its pieces) could one day be sold through Motomaker. We already have a good idea of what the customization process might look like (even if we didn’t intend on purchasing, we’ve all built our own custom Moto X, right?) but how might Motorola go about presenting it on its own homepage? We’re hoping something like this…

In our endless travels across the net, we came across another upcoming product that gave us a very “Project Ara-like” vibe: a DIY computer kit called Kano. One look at their packaging – and drooling at every pixel scrolled down their homepage – we’re wondering when Project Ara will drop, how it will be packaged, and hoping it takes queues from Kano’s beautiful simplicity. 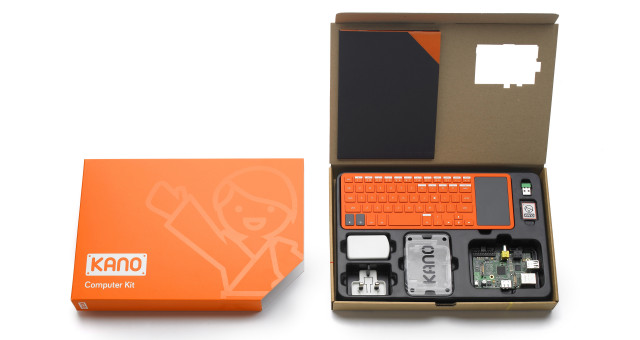 Aimed at getting our youth up and coding, Kano features a Raspberry Pi Model B acting as its brain, and plug-n-play hardware that you customize through their site (sound familiar?).

The entire customization process seems more than simple, with the buyer picking out the individual components, first by choosing a custom case, a DIY speaker, keyboard, and various cables. While this doesn’t sound too exciting, it’s how it’s presented on the Kano webpage that makes it fun and easy to user-friendly.

After all is said and done, you’re customized computer kit is sent to your door, some assembly required (and really, that’s half the fun). After hooking it all up, your child will be on his way to not only playing games, but making games of their very own.

While Kano isn’t available just yet, those interested can start by pre-ordering one for $120 with shipping kicking off in July. If putting together and building your own device sounds like fun, maybe that will help quench your thirst until Project Ara arrives.