Android head talks Project Svelte and how Android 4.4 KitKat is the leanest Android version yet 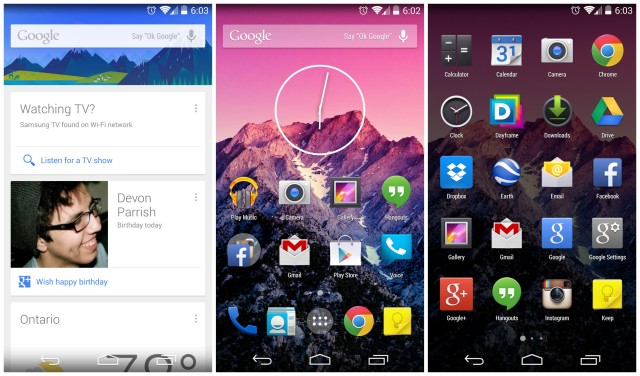 Back during Google IO 2012, Android 4.1 Jelly Bean was officially unveiled unto the world. Major firmware versions always bring their share of new features, it was a little something Google called Project Butter that got us the most excited. Addressing Android less than consistent frame rates, Project Butter looked to finally make the Android UI as silky and smooth as butter.

As we approach Thanksgiving, it’s safe to say we all know firsthand how consuming excessive amounts of butter can put on the pounds. I guess something similar began to happen in Android. In an interview with ReadWrite, Android’s head of engineering, Dave Burke — the man behind Project Butter — talked about his latest contribution to Google’s mobile OS: Project Svelte.

Project Svelte had one goal, to slim down and optimize Android so that it could run on both high and low-end devices. This would help reduce OEM’s dependence on Gingerbread for their low-end hardware. Burke talks about the painful process his team endured after testing KitKat to run on modified Nexus 4 using only 512MB of RAM, dual-cores (instead of 4), lower CPU clocks speed, and at 960×540 resolution — a common configuration in low-end hardware. Burke didn’t just talk about it, he and his team lived it. These crippled Nexus 4s were the team’s primary devices.

Using a new developer tool called ProcStats, Google was able to monitor the RAM usage of their apps, finding out which were behaving, and which were eating system resources for breakfast. In the end, Google was able to tweak their apps, decoupling many of them from the operating system altogether. It’s this trimming of the fat that makes Android 4.4 KitKat the leanest and meanest Android release yet.

In our experience running Android 4.4 KitKat on the Nexus 5, we mentioned in our review how much quicker Google’s device is over even the LG G2, the Nexus 5’s sister device powered by the same processor and packing the same amount of RAM. While optimistic, we’ll have to reserve final judgement until the first low-end KitKat devices begin to hit the market sometime next year.

Anyone out there running KitKat on older Nexus hardware? Have you experienced a noticeable improvement in speed?