Android devices aren’t cheap (well, not all of them). If you have a pile of old Androids laying around the house, why not give them new life as a fancy digital photo frame/deskclock? Dayframe from Cloud.TV — currently in beta — does just that.

Working on most Android devices running Android 3.0 on up, Dayframe mimics Android’s Daydream feature introduced in Android 4.2.2 Jelly Bean, but infuses it with photo streams from popular social/photo networks.

And just because Dayframe works great on old Androids doesn’t mean it’s not equally as useful on your newer ones. Don’t just let your $600 Android device lay on your desk, put it to work by pulling up photo feeds from Google+, Instagram, Flickr, 500px, Tumblr, and more. It’s like Facebook Home but without all the suck. 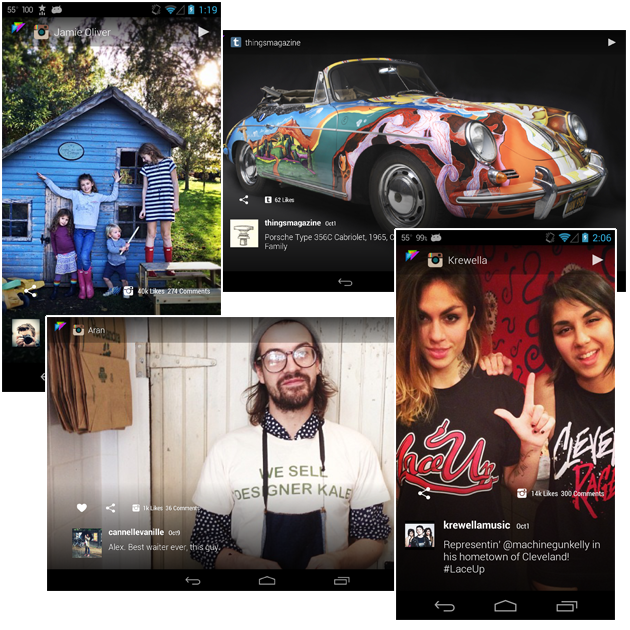 Dayframe also features more options than you can shake a stick at. You can pull up a feed only from a specific user or hashtag, or simply load up anything trending on your favorite social network. While those options were nice, more than often a handful of low-res images will be displayed on the app. That’s no fault of Dayframe of course, but it’d be nice to set a minimum resolution to display images posted to Tumblr or wherever (if that’s even possible). 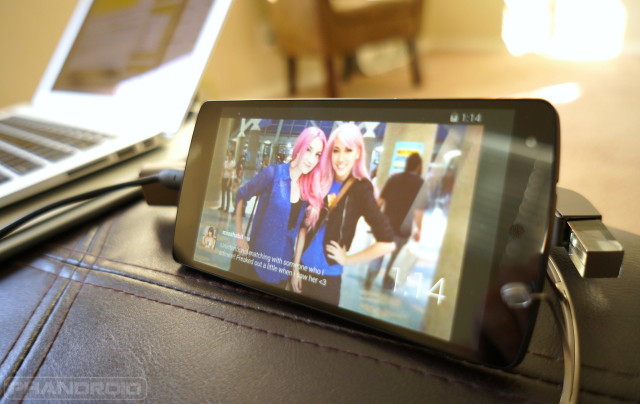 Overall the app works really well, although I did have some trouble getting it to activate properly. Once your device sleeps, Dayframe is supposed to then activate and pull up a feed from one of your random photo sources. Not only did the app not always activate, but the fact that it only pulls up a feed from a single photo source left me wanting. Dayframe desperately needs to combine photo sources into a single chronological feed for it to be truly useful.

The app is set to become officially available in the Google Play Store on November 12th. For those that don’t feel like waiting, you can join the Dayframe Google+ community, where it’ll give you access to the beta version of the app, currently in the Play Store. Here are the steps: