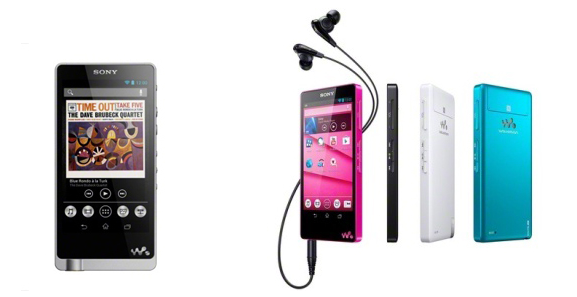 Many brands come and go over the years, but a lot of Sony’s seem to have the type of staying power that not many other manufacturers can say they enjoy. Bravia is a mainstay in television, Playstation in gaming, and so on. Now, another classic franchise is staying buoyed with another relevance-saving release. We’re talking about the Walkman brand, and Sony has four new models coming to the table.

Two of those models — the ZX1 and F880 — run Android 4.1 Jelly Bean. So what’s so special about these devices that a simple music playing app can’t handle? Well, Sony includes their S-Master HX digital amp technology, and support for 192kHz / 24bit audio in lossless formats such as FLA, WAV, AIFF and ALAC.

Unfortunately it sounds like Sony is only planning to release these things in Japan, but if you’re really in love with the Walkman brand you can look into importing (which will likely make the cost of admission even higher). Sony is looking to have these out early December.