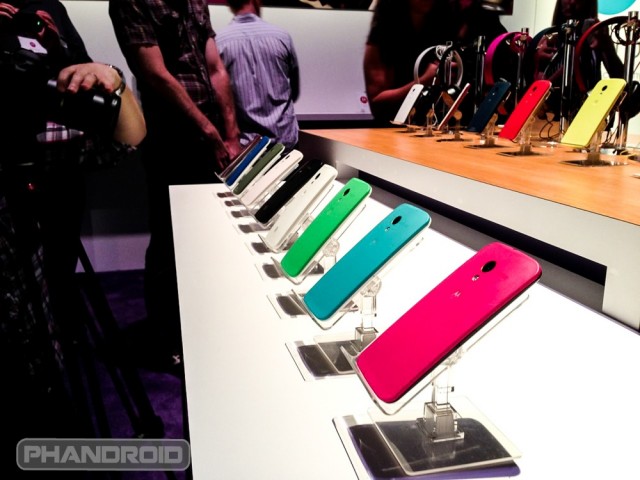 While the rest of the world will still have to wait a few weeks to build their custom Moto X devices, we had the opportunity to jump in  early and toy around with creating our own. Suckers! We took the suggestions of readers by way of Android Forums (as you’ll see in the video, one reader wins their own custom Moto X) to put Motorola’s Moto Maker through its paces. The results were mixed.

Let’s just get it out of the way: Moto Maker is cool. It’s unlike any smartphone buying experience we have ever seen before. It does what it says it’s going to do. We were able to choose from a variety of rear color options, white and black for the front bezel, put an accent on the camera ring and hardware buttons, and throw a signature on the back. It worked. It was pretty neat. But at launch Moto Maker might still leave some feeling a little limited.

Moto Maker: Not without its flaws

The designs we chose to work with were a combination of established color schemes representing everything from Phandroid to the Marine Corps plus a few mustered up out of pure imagination. And here’s Moto Maker’s first flaw: if you go into building your Moto X with an established color scheme in mind, be prepared to make some pretty big concessions to make it happen. For instance, in building a device based on the colors of the Oregon Ducks we had to make some changes. Oregon’s colors include a darker forest green, which we would use for the back of the phone, and yellow, which would make up the accents. But Moto Maker had nothing that matched Oregon’s green.

The same goes for attempting to design a Phandroid phone. We would have liked to use blue as a base color, but you quickly learn that the number of accent colors is extremely limited. With no green accent, we had to flip the scheme. A bright green phone with blue buttons. It still looked cool, but the point is to temper your expectations. We had the olive green necessary for a Marine Corps phone, but no maroon accents. A “Rebel Scum” Star Wars phone would have looked great with white buttons on crimson red, but we had to pick silver. You will be getting a custom device, but it will be within Moto’s parameters.

One more thing about the Phandroid phone: for whatever reason, Moto has put the name of our site on some sort of block list. You can’t add it as a signature/engraving on the back of the handset. We played around with some other words to see what else was a no-no. You couldn’t write Apple, but you could definitely make your brand new Moto X say “iPhone” right on the back.

The Future of Moto Maker

But for all those flaws, it’s still a great smartphone buying experience, and that may be more for the little things like linking your Google account out of the factory than for the actual color customizations. Color matching a pair of headphones (at an up charge) is also a pretty neat trick. You can choose other accessories like case options, predetermine the wallpaper (but you can’t upload your own), and set a custom welcome message for when you turn on your phone. These touches make the Moto X truly yours. 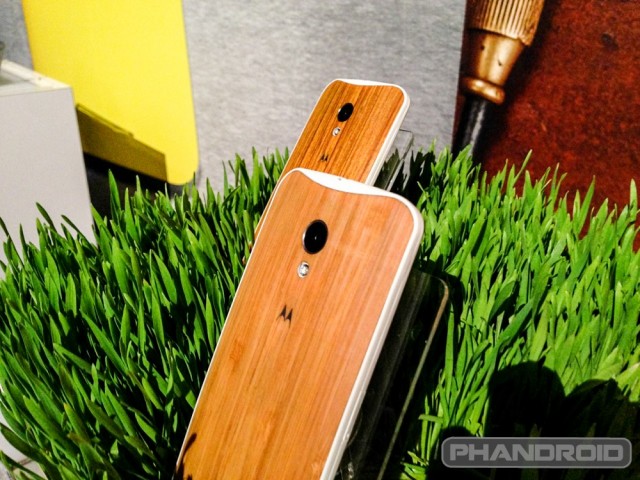 Are improvements to the system necessary? More color options welcomed? Of course, but Moto is just getting started. Look for the Moto Maker program to expand with options like wood and patterned backs as it goes through its initial growing pains. Google and Motorola are doing something huge here. They opened a whole US factory just to process custom Moto X orders. It might not be everything we want it to be right now, but it’s more than we could have asked for.