We’re just starting to get into the thick of things, and the list is starting to change more violently and frequently than ever. With Motorola dropping a couple of interesting items to look forward to this month, it’ll be interesting to see how they stack up against the competition sitting in the top 5 (or the top 10, for that matter). It’s our best phones list for August — check it out! 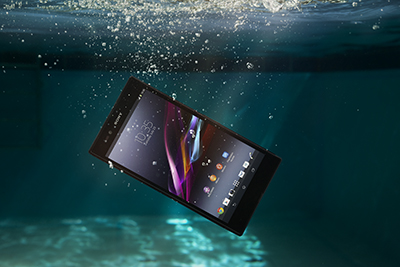 This huge phone is as big as they come, and while many have their reservations about stuffing a 6.3-inch phone into their pockets, that doesn’t take away from the fact that this is one nice, powerful phone. It’s the biggest waterproof phone we’ve seen yet. In fact, Sony’s touting it as the first waterproof phablet period, a distinction that we can’t seem to debunk. Bigger isn’t always better, of course, but Sony has a small piece of the spotlight for the month ahead with this concoction (which consists of a Snapdragon 800 chipset and 2GB of RAM, among other things). 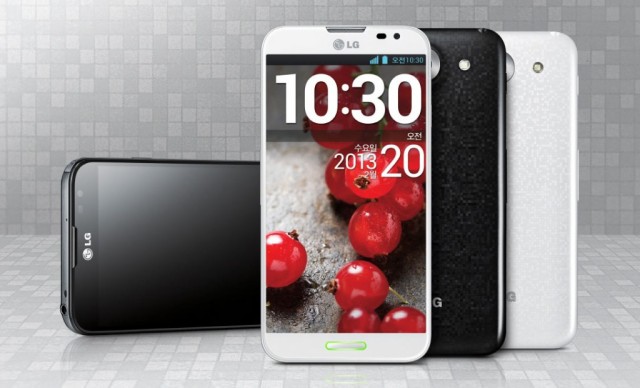 The LG Optimus G Pro might be made irrelevant in a couple of weeks when the South Korean company unveils its LG G2, but we’re still crushing over it until the last hour. It still isn’t a bad buy right this moment, so if you’re feeling the urge and don’t have any other device in mind, you wouldn’t be making a bad choice picking this one up. (Still, though, we’d wait until August 7th to see what else LG has up its sleeve.)

The Samsung Galaxy Note 2 moves back up to spot #3 this month. We once had the Galaxy S4 Active sitting here, but after reports that certain carriers wouldn’t honor the device’s warranty in the case of water damage we quickly struck it off the list. I mean, come on — it’s a waterproof phone! Enough about that, though — the Note 2 is still going strong, and it will take a lot to get this one pushed off the list before this upcoming holiday season.

Oh, and if we’re counting the fact that China is getting a re-release of this phone with Qualcomm’s Snapdragon 600 chipset inside, this phone could make a strong case  for a higher spot (though we know there’s a long shot of that configuration making its way to other parts of the world).

Are you surprised nothing has changed? Well… a little has changed — after some complaints, we’re no longer listing these as 1-A and 1-B. Instead, it’s just a good ol’ first place tie. Our reasoning hasn’t changed much. These will be some of the first devices getting Android 4.3, and any other updates Google issues down the line. They’re powerful, beautiful, lean, mean and are taking no prisoners this year. There isn’t much more we can say about these two that we didn’t already say last month, but it’ll be interesting to see just how long these two can keep the streak going. 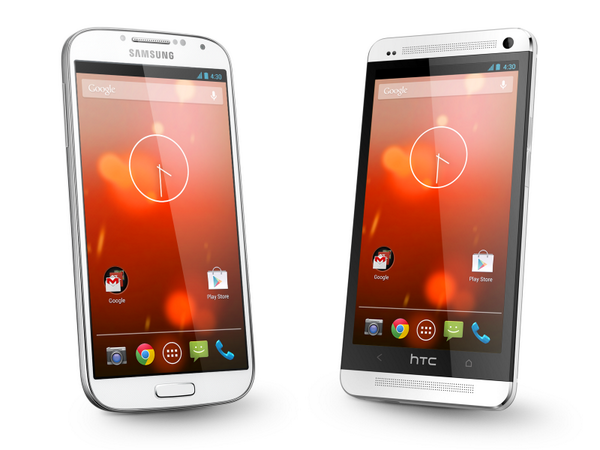 Of course, there are a lot more devices which deserve your attention. These are the top five runner-ups that you should have your eye on if you’re in the market for a smartphone at some point within the next few months.

These phones aren’t available yet, but we know they’re on their way and we know we’re anticipating them a great deal. Said to be out at some point this summer, let’s take a look at two of  the most exciting devices on the horizon. 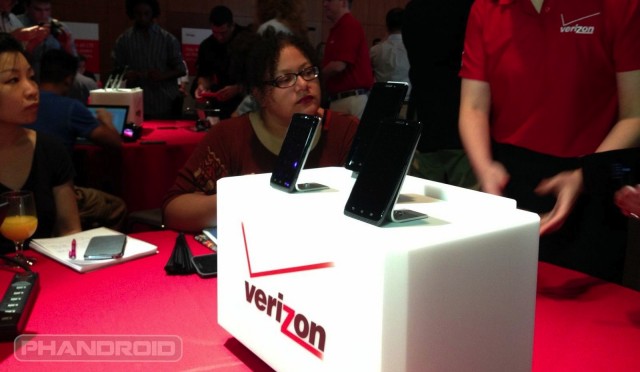 If you don’t remember, the Moto X wasn’t the only phone Motorola has announced in recent weeks. The company also revealed a trio of DROID phones headed straight for Verizon. It’s the DROID Ultra, DROID MAXX and the DROID Mini, and these phones look quite nice. They house the same Motorola X8 “processing system” that are sitting inside the Moto X, which is akin to yesteryear’s Qualcomm Snapdragon S4 Pro. Motorola says the chip has been optimized for use with their phones’ software features, though, to maximize performance and battery life. Read more about each DROID’s specific makeup of specs and features right here.

The Moto X was on our list of phones to look forward to last month, and considering it’s not yet available it still sits on this list. Of course, circumstances have changed a great deal: the device is now official, and we know all there is to know about it. Heck, we’ve even gotten one for ourselves, and we expect our review to be up in the short days to come.

The phone didn’t turn out to be the high-powered beast we were expecting out of Motorola, though it’s still a pretty respectable phone. You’re looking at a 4.7-inch 720p display, with Motorola’s X8 processing system to boot (little more than a Qualcomm Snapdragon S4 Pro, really). You can also expect 2GB of RAM, a 10 megapixel Clear Pixel camera, a 2 megapixel front camera, 16-32GB of internal storage, and more.

Of course, this made-in-America beauty also gives users the ability to order the device in any combination of colors they want, with more than 2,000 possibilities afforded to the buyer. That particular feature is only exclusive to AT&T customers from the start, though we’re told it’ll be opening up to everyone before long. The $200 starting on-contract price tag isn’t the most attractive and certainly wasn’t what we were expecting, though we still have a whole month to make our minds up.

These phones are selling like hot cakes on Amazon. Note that these aren’t necessarily Amazon’s true best-sellers, but best sellers out of the ones we haven’t already mentioned. Take a look and see if some of these other hot phones are worth your time and money:

And now, it’s time for our favorite part — the open discussion! Let’s take this conversation (or debate) to the comments section below and let us know if you agree or disagree. Are you waiting on the new Moto X? One of Verizon’s DROID phones? Wanting to see what LG has in store for us with the G2? Or will any of the currently available devices suffice? Let us know below! Remember, keep it clean, and whatever you think remember that everyone is entitled to their own opinion. Have at it!