Motorola provides more details on their X8 chip, rumored to come inside the Moto X 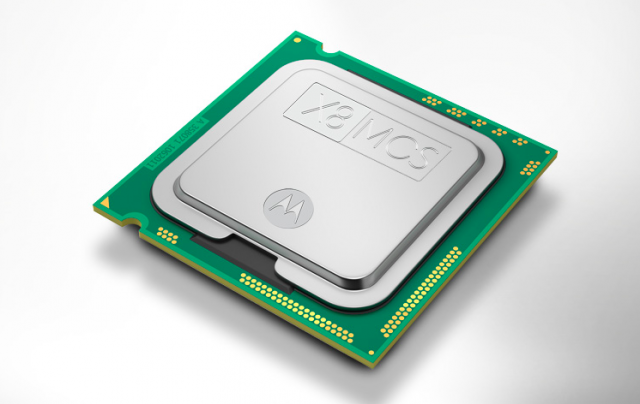 With the announcement of any new Android device comes the hardcore tech crowd who only wants to know one thing: what kind of processor is powering it. By now, you’re familiar with the Snapdragons, Exynos’ and maybe even Apple’s A line which have become a sort of household name in the mobile industry. But then came Motorola who threw everyone for a loop when they unveiled their own specially designed X8 chip, launching soon in the new line of DROIDs and rumored to come inside the Moto X.

So what exactly is the X8? Well, for the core-whores, it sure sounded like some sort of 8-core CPU, and more cores always means better, right? We’re sure this is exactly what Motorola wants you to believe, who went as far as lumping the CPU, GPU, and 2 DSP’s (one acting as a low-power “contextual” CPU to handle sensors, and the other acting as a “natural language processing” for noise cancellation) into the total core count.

Motorola’s senior vice president of engineering, Iqbal Arshad, attempted to explain it as a “cluster” of processors, all working together on individual aspects of the entire system. Motorola’s reasoning behind this was “to move away from a primarily CPU-based architecture to save power and do ‘intelligent, probabilistic computing,'” said Arshad in an interview with PCMag.

More of a processing system than an entirely new SoC, the X8’s actual CPU is none other than the familiar 1.7GHz dual-core Qualcomm S4 Pro with Adreno 320 GPU. While that might sound like last year’s tech to many of you, Motorola assures us that they’ve been doing behind the scenes work to ensure the processor will be all that it can be. The result? Something that could be more than just marketing speak. Arshad goes on to explain:

“We’ve done additional optimizations on top of that such as optimizing the entire Linux user space to move it to an ARM instruction set, cache optimization, Dalvik just-in-time optimization, and we’ve changed the file system. It’s full hardware-software integration to deliver best-in-class performance.”

The best part? While current Motorola X8 devices models are using the S4 Pro, future X8-powered devices are not tied down to this specific processor. Later X8 devices could technically use a CPU from any other manufacturer (or even a more advanced Snapdragon processor). Arshad goes on to say:

“We invented mobile. We have [80] years of DSP expertise, That is all Motorola’s unique technology. If we did not have the contextual computing processor and our natural language processor in place, we would need two additional batteries.”

And it’s not just battery life. Motorola claims the X8 is capable of pushing out a 50% increase in performance over the competition, with better graphic effects and frame rates, making the X8 sounds like a dream come true for causal gamers and those tired of outlet hunting. Motorola also assures us that while the DROIDs aren’t running stock Android, the Moto X should be different, with their Active Display system using the same notification “logic” that is already found in stock Android.

All in all, Motorola’s X8 technology definitely sounds intriguing. Of course, we’ll need to see a few graphical benchmarks and do some battery tests of our own before we believe, in the meantime, you can expect to X8 to be a focal point of the Moto X’s unveiling, only 1 day away. Anyone else excited?