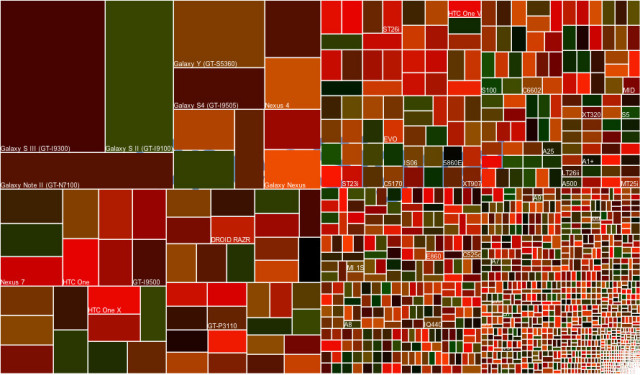 Whenever anyone mentions Android’s “fragmentation problems”, my typical reaction is to chuckle and wish to myself that the person would be born as a web developer in their next life to understand what fragmentation really is. But, hey, there’s almost always someone who brings up the topic every now and then.

Unfortunately, the last person to do so was Kevin, the traitor who left Phandroid for iSource. In his post yesterday, he said:

No, Kevin, we do not have to argue to the moon and back. Android’s fragmentation has always, and will always remain a feature. Same as when I wrote about it a bit over a year ago, and pretty much throughout its history.

Also, I decided to put things to rest with a little test: I had recently spent some time rebuilding an app I had released last April as part of my undergrad CS course, making sure to follow all the best practice guidelines I had learnt. The app works really well on any phone or tablet of any screen size, but I wanted to check if it works well with a Motoactv. 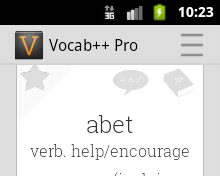 Yup, I ran my app on a smartwatch (well, an emulator, I wasn’t too fond of the custom ROMs for my Motoactv) without making a single edit to the final release apk. The result? The app works perfectly, as the screenshot on the left shows. If there were users installing apps on their smartwatches, I might make a few edits including going into full screen mode, and maybe a translucent ActionBar. But seriously, how on Earth are we talking about fragmentation when an app runs as well on a 1.6″ 220X176 display as on a 2560X1600 10.1″ display?

Also, is there a lawyer reading this whose permission I can take to say “lawyered”?