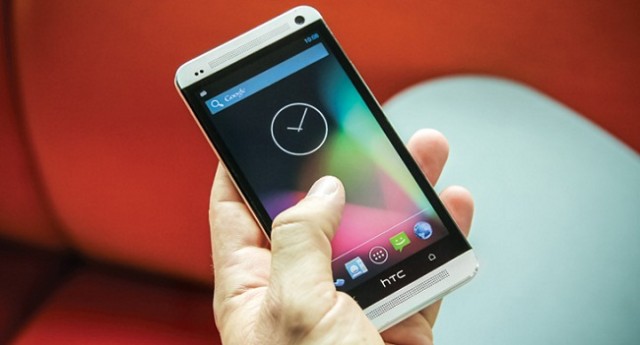 When Samsung and HTC announced the “Google Play editions” of their latest smartphones, many were elated, throwing their hands up in the air, screaming “THANK YOU!” to the Google Gods — but wait. Something still wasn’t quite adding up. Why were these devices, which supposedly offer a pure Android experience, still not classified as “Nexus” devices?

Prior to the announcement of the Google Edition One and S4, there was one clear factor that made a Nexus a Nexus. It had nothing to do with offering a stock Android experience, it has (and always will be) the fact that a Nexus receives updates directly from the Google mothership, without carriers or OEMs getting in the way. Well, nothings changed. 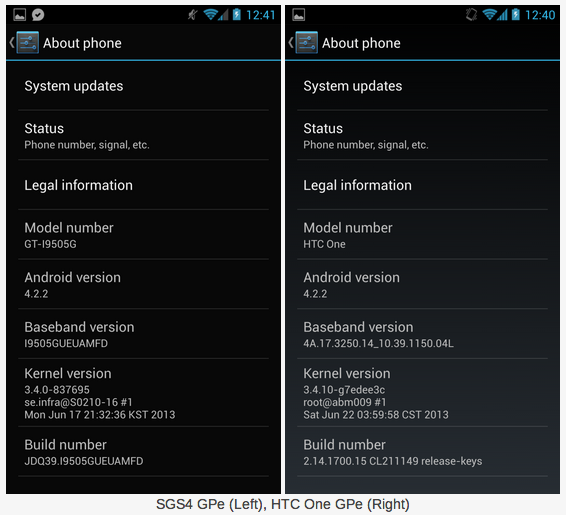 In his review of the Google Play edition HTC One and Galaxy S4 for Anandtech, Brian Klug discovered that both devices are running kernels supplied by their respective OEMs, meaning that neither the HTC One, nor the Galaxy S4 Google Editions will see updates directly from Google. The Verge was also noted this in their review as well. This means that, despite running a near-stock Android experience, both devices will still have a middleman involved.

Really, it only makes sense. These manufacturers know their hardware better than anyone (even Google), and know exactly how to tweak Android to run properly on it. This is why you can still find Beats audio available in the Google Play edition HTC One, and other small tweaks made to Android 4.2.2 only available on these “GPe” devices.

So, what exactly what makes these devices “Google Play editions?” Well, the fact that they’re running a near-stock version of Android — but still not 100% pure AOSP — and that they’re being sold on Google Play unlocked. That’s about it.

You may remember back in the day when HTC offered a stock Android experience on the T-Mobile G2. Believe it or not, but the HTC EVO actually received Gingerbread before the G2, something that threw many Android users for a loop. Now, we’re not going to go as far as saying these Google Play Edition devices will suffer the same fate, a lot has changed since 2010.

HTC and Samsung seem more committed than ever to provide their users with timely Android updates. With the slowest middleman removed from the equation (carriers), we expect updates will still get pushed out much quicker than carrier branded, custom UI infused variants. But like everything else in life, nothing is guaranteed.

At the end of the day, Nexus users still have reason to gloat. They may not have the best hardware, but as so often is the case with Nexus devices, they still get the quickest, more pure version of Android before anyone else, and completely untouched by anyone than the creator.

UPDATE: Just as we suspected, AOSP engineer Jean-Baptiste Queru chimed in on the issue after he was asked, “Are there plans to release binary images, like those at https://developers.google.com/android/nexus/images ?”

JBQ: “There are no such plans. If anything happens in that domain, that’ll be handled directly by HTC and Samsung.” [Emphasis ours]