doubleTwist is one of our old favorites in the world of Android music players, but there’s just one problem: it was old. I say “was” because that will all change in an update that has been detailed a bit ahead of schedule. The folks at doubleTwist have introduced a big new user interface overhaul that brings the design language into 2013. As such, it utilizes elements of Google’s Holo style. 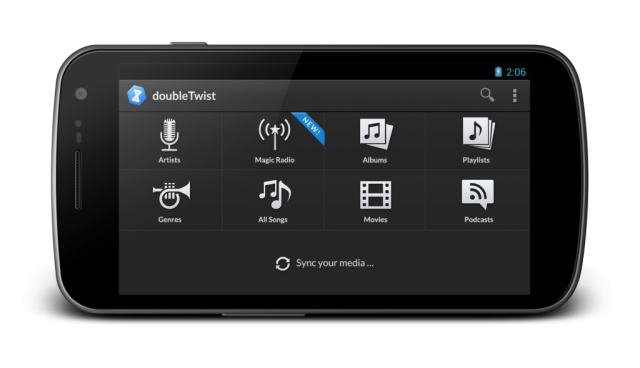 Things are a bit flatter, a bit cleaner, and a bit tighter than the old user interface. Overflow menus, an “up” button in the upper left, spinners for switching between different views, and more all contribute to the new experience. It’s odd that the new app doesn’t seem to emphasize swiping as the old one did considering that was one of the major design language choices Google highlighted as of Android 4.1.

For what it’s worth, the old interface wasn’t bad at all — doubleTwist did a fine job crafting a unique music player experience. But we’re always happy to see apps embrace the new design language set forth by Google and the design team headed up by Matias Duarte. II should warn you that you shouldn’t expect many new functional features. It’s still the same doubleTwist we’ve come to know and love, just prettier and better fit for today’s Android.

Oddly enough, the app was updated in the Google Play Store today, but it doesn’t seem to bring any of the changes detailed above. The changelog mentions that this version fixes an issue with podcast skipping. I say it’s odd because a post dated for May 28th (today) named “The future is Holo(graphic)” seems to be live on the doubleTwist blog, though it’s currently protected with a password gate. 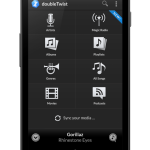 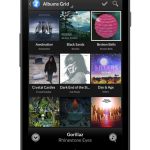 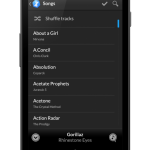 That would suggest doubleTwist was readying the update for today, but perhaps the blog post went out a bit prematurely. We’ve contacted the developers to see if we can expect this stuff to go live sometime within the next 24 hours or if we’ll have to wait even longer to get our hands on it. In the meantime, take a look at some early screenshots of the new update above.