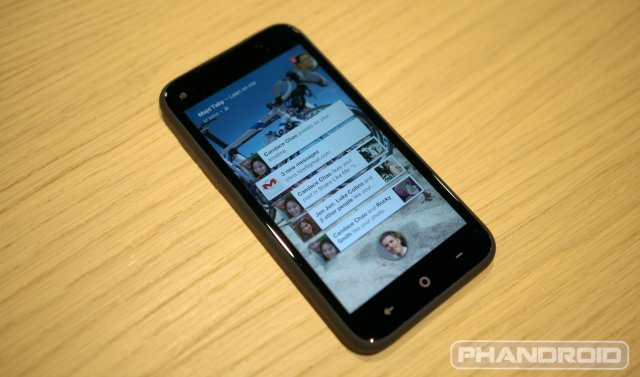 If any of you in Europe were looking forward to the HTC First (don’t worry, you can laugh) you might be disappointed to know that the device might not be finding its way to your doorstep anytime soon. Some of Europe’s biggest carriers — namely Orange and EE — have announced the delay of the HTC First, otherwise known as the “Facebook phone.”

The reasoning? Well, according to Facebook, it doesn’t feel like Facebook Home is up to snuff yet, and would rather continue working on it before launching the device in more countries. The first question is obvious: are you buying it?

I’m not saying the whole truth isn’t being told here (I’m pretty sure Facebook is working on improving Home after getting slapped with tons of one and two star reviews in the Google Play Store), but I wouldn’t be surprised to find out that isn’t the only reason those international carriers aren’t interested in carrying it right away.

For starters, the device is said to be doing horribly on AT&T, so much so that even after major discounts sales are reportedly bad enough to have AT&T considering shipping their remaining stock back to HTC. I could see said rumors being a bit of a red flag for these other carriers, and this reasoning would be a perfect cover story to make sure they’re not hurting HTC or Facebook’s feelings.

But, then again, they might be telling the truth. The beauty of rumor and speculation is that we’ll never know until official word comes out, and anything more than that is just a way to pass the time and do a bit of wishful or entertaining thinking along the way. Are you buying the notion that these carriers are just waiting on Facebook to tidy things up with Facebook Home a bit, or are they just not interested in touching the HTC First with a ten-foot pole?