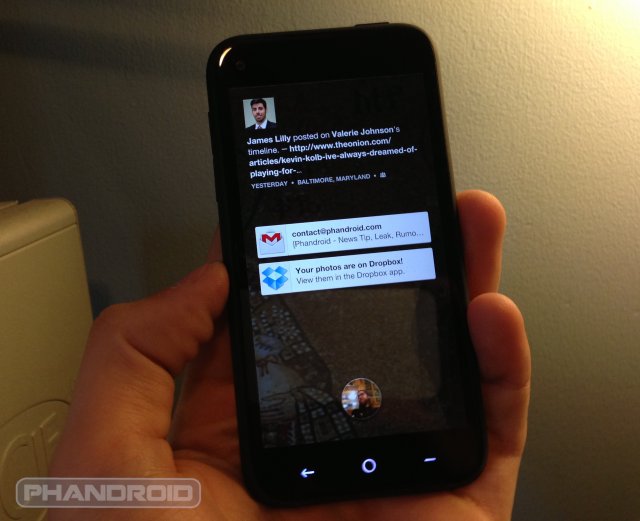 When we first saw Facebook Home for Android, many of us were taken aback. It wasn’t necessarily that the experience was ugly, but it took over our phones in a way that just wasn’t appealing. It got rid of the very things that made Android, well, Android.

Widgets and folders? Gone. Your notifications? Hidden until you instruct them to come into view (which, honestly, some folks already do through the use of custom launchers and ROMs anyway). And a traditional home-screen? Replaced by an endless stream of bad hipstergram pics and status updates from your drunken friends.

Still, Facebook set out to construct something and they never promised they wouldn’t change the very essence of the Android experience. We reasoned with the social network company in our initial assessment of Home, stating that they shouldn’t be knocked for creating an app that does exactly what they said it would. It’s not like you had to use the app if you wanted to use Facebook — it was there if you needed it, and gone if you didn’t.

Matias Duarte, the esteemed ex-Palm designer who is responsible for the transformation Android underwent from Gingerbread to Ice Cream Sandwich and beyond, seems to agree. In fact, he’s doing more than agreeing. The man behind Android’s attractive curves commended the Facebook team, noting the app’s “incredible amount of polish and attention to design detail,” and stunned at the fact that some device manufacturers don’t even hit the mark in some of those categories.

Duarte refuses to feel “threatened” by Facebook Home, and he shouldn’t. It isn’t trying to replace Android, it’s trying to enhance it, and the design chief did well to remind us that this is what Android has been all about for so long — openness, choice, creativity and innovation. Say what you want about Facebook Home, but if Matias Duarte isn’t complaining then I don’t see much of a reason to, either.