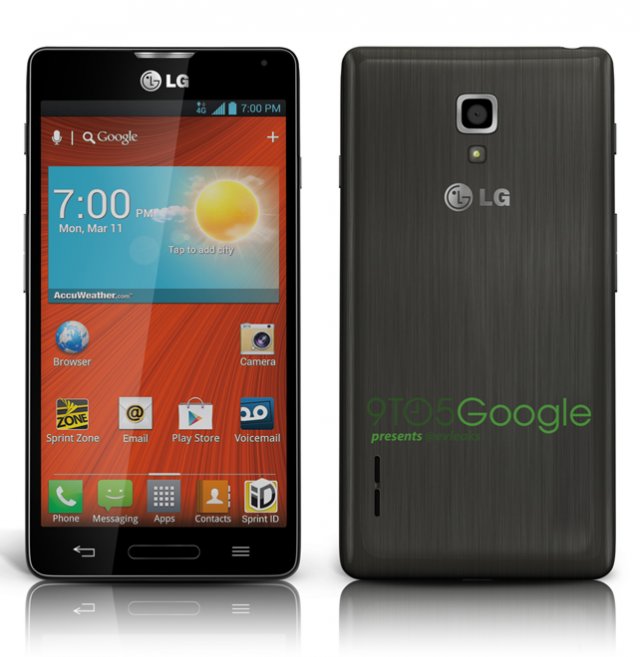 It was back at Mobile World Congress we gave you guys a quick hands-on with the LG Optimus F7. The device featured largely the same high-end specs from yesteryear’s LG Optimus G, only it swapped the quad-core S4 for the dual-core variety. Apparently, this small change was enough to push the device into LG’s mid-range lineup for 2013, offering a premium smartphone only at a lower cost.

The boys at @Evleaks have secured themselves an official press shot of the LG Optimus F7, this time dawning Sprint’s software branding, due for a release on sister carrier, Boost Mobile, a little later on in the year. As a quick refresher, here’s what we’re looking in terms of hardware in the F7:

There’s a lot here to love, especially that hefty 2,540mAh battery (which, if I’m not mistaken is also removable) and micro SD slot. It’s crazy that this is now considered mid-range but Android moves fast. Better for us, I suppose. If you want to see what the device looks like from all angles, check out our hands-on from MWC 2013 in the video below.

Travel back to the time of Mobile World Congress and you’ll surely recall the LG Optimus F7, a well-specced mid-tier smartphone that left us quite impressed. Now, @evleaks has shared a peek of the device that’s adorned with the Now Network’s branding, and if all goes according to plans, the serial leaker suggests the phone will soon hit Sprint-owned Boost Mobile. A few notable features of the Optimus F7 include a 4.7-inch True HD IPS display, a dual-core 1.5GHz CPU, an 8-megapixel primary camera, 2GB RAM and Android 4.1.2, which would pose a heavy challenge to Boost’s current premiere smartphone, the HTC One SV. Naturally, we’d certainly welcome the Optimus F7 on Sprint (and even Virgin Mobile), and given the Sprint Zone branding, we’ll remain cautiously hopeful that Dan Hesse is thinking the same.