We have yet to see many beautifully crafted OUYA games, but Yummy Circus by PUZZL is definitely one of OUYA’s shining launch titles. Demoed for the first time at GDC, we went hands on with the multi-player game, and got some juicy details from company CEO Nilsen Filc. Below, you’ll see Yummy Circus running on the OUYA in full HD at 60 frames per second:

Take your “3 in a row” games like Bejeweled and Candy Crush, combine rotatable tiles dropping from the sky like Tetris and Dr. Mario, and mix in multi-player action and you’ve got yourself Yummy Circus. There are a bunch of different game modes to play such as single player campaign, story mode, local multi-player, and even online multi-player that supports up to 12 players. 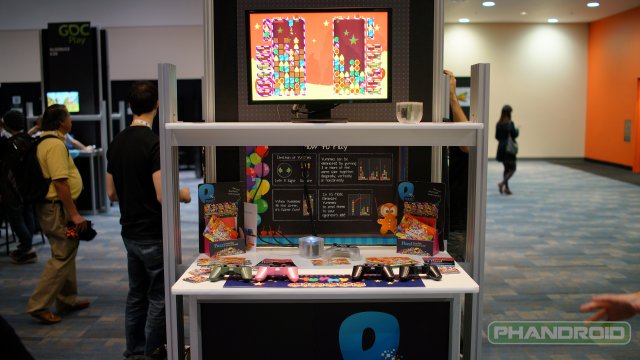 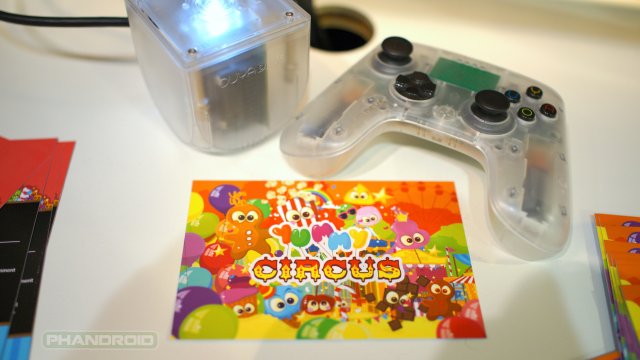 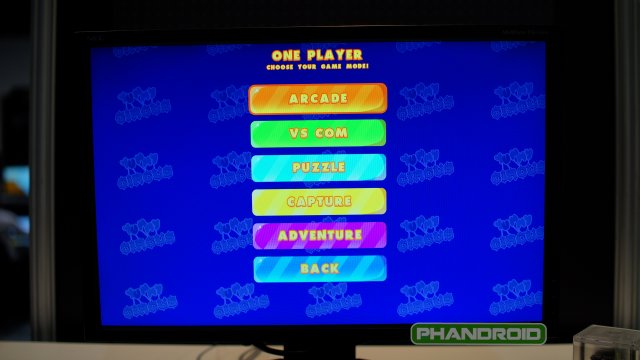 Three teams of 4? Sure. How about 1 against the world? You can do that, too. And the Yummy Circus concept is so fun, easy to learn, competitive, addictive, and quick, that I can see it easily becoming one of those household names everyone knows. “But it’s only on OUYA,” I can hear you saying- while Yummy Circus launches as an OUYA exclusive, Nilsen says we’ll later see it on other platforms (most notably Android) after an exclusivity period passes.

I planned on playing a quick game to get the feel of Yummy Circus. I lost, but felt I was finally getting the hang of it, so played once more. I lost again, demanded two more rematches, and lost both times. I was playing one of the game’s creators so I didn’t feel as bad, but the point is that I was quickly sucked into the game. It’s simple, yet addictive, and multi-player mode is a blast (we played locally with 4 people). In multi-player mode, the treats you combo get sent to your competitors as dead blocks of chocolate, clearable only by making a combo on adjacent blocks. 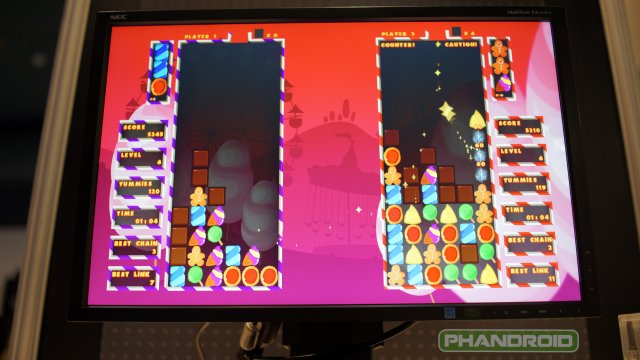 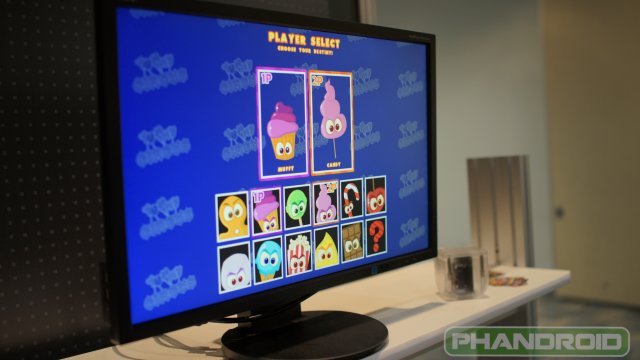 One thing Nilsen enjoyed was the flexibility and hackability of the OUYA. We were playing Yummy Circus with PS3 controllers and he had also made the game compatible with XBOX controllers and the MOGA controller among others. They even got a USB steering wheel working for racing games!

Why would the developers of Yummy Circus need a steering wheel? Obviously because they’re not only working on Yummy Circus. One of their clients, Renault, has a game called Renault Trucks Racing currently on the Google Play Store. In a couple days, the two person Puzzl team ported the game to the OUYA, and we were given a quick opportunity to test it out.

PUZZL has a bunch of other games in development that the team is hoping to bring to the OUYA in 2013. Pricing is still undetermined, but the expected price will be between $3 and $6- definitely worth the purchase in my opinion.

We’ll be at the OUYA launch event posting pictures and videos on OUYAboards.com, so head over there for the latest action. We’ll circle back to round-up all the Android news for all of our Phandroids as well.