Folks looking forward to the GameStick’s launch should be happy to learn that the development kits will be shipping to developers and select backers starting later this month. These particular units are slightly different from what the final product will be as GameStick describes them as being “pre-production prototypes.”

According to them, these particular units will be slightly larger than the main production run, but that’s only because it includes ports for keyboard and mice for developers who need them. The size difference compared to the final units shouldn’t irk developers, though, considering the size of this thing was already quite small to begin with.

For the rest of you, the project seems to be coasting along quite smoothly as the controller and unit mappings are done, and the specifications are already in the hands of the tooling shop. It sounds like GameStick could be on time in delivering the product to general backers by April 2013, but no specific date has been given just yet.

GameStick says it has received interest from some of the world’s biggest retailers in Australia, Scandinavia, Africa, China, the United States and Europe, so there appears to be a lot of support behind this project which should bode well for future support. The company is also reporting that over 500 developers are either signed up or in the process of signing up for the SDK (which we now know will support C++, Java, Unity, and Marmalade).

GameStick hinted that ARM is officially on board as a partner, stating they have teamed up with the chip designer responsible for the architecture in 95% of mobile chipsets today. They followed that blurb up with news that they’d be snooping around the ARM booth at the Game Developers’ Conference next week, so it’s all but confirmed.

We’ll be at that particular event getting our paws wet with all these exciting goods so be sure to swing back to Phandroid for more on GameStick and everythin Android gaming that will be shown off at the event. Head over to the GameStick Kickstarter page for more details. 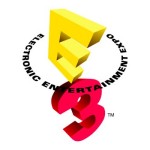 What we expect to see from next week’s 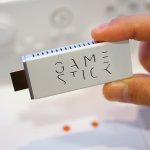 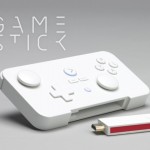 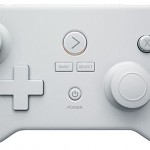