Some interesting commentary has sprouted from the mouth of popular Googler Vic Gundotra. Google’s senior vice president of engineering took to Google+ to ask folks which photo snapping devices he should take on his upcoming vacation trip to Lake Tahoe. The Nexus 4 and a set of Google Glass lines the inside of his bags, obviously, but he was undecided on whether or not a DSLR would be appropriate, as well. 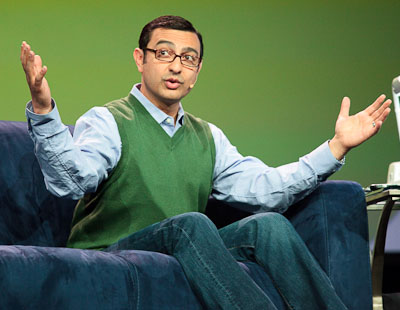 Responding to a comment by a user suggesting he wouldn’t have to worry about taking a DSLR if the Nexus 4 had some truly revolutionary camera hardware, Gundotra said “we are committed to making Nexus phones insanely great cameras.” He also added a nice, reassuring “just you wait and see” to the end of that for good measure.

First of all, it’s refreshing to see Gundotra reference an unannounced device even if it’s obvious that one is coming. It’s not often you’ll get one of these corporate big wigs to spill any beans — whether they be big, small or filled with jelly — ahead of any official announcement.

The only thing to work out is whether or not Gundotra was simply being overzealous and excited with his comment, or if we should expect truly big innovation in the camera department with a future Nexus device. It’s important to note that he didn’t say “next” Nexus device, so don’t be too disappointed if 2013 comes and goes with a phone that has a relatively ordinary camera.

We wouldn’t mind seeing a mini Lytro sensor stuffed into one of these devices sooner or later. One might also speculate Google could be looking to outfit a future Nexus phone with a larger camera sensor akin to the kind you’d find on the Samsung Galaxy Camera or Polaroid’s Android-equipped camera. That’s all wishful thinking for now, but Gundotra’s comment has our mouth watering and has us expecting nothing short of “insanely great” hardware — you can’t let us down now, Google.

[via Google+, thanks to everyone who sent this in!]