Chrome for Android to finally get password sync soon

One thing holding many people back from switching to Google Chrome for Android is the absence of password synchronization. Folks wouldn’t be as peeved as they are if the feature wasn’t already available in the iOS version of the browser, but when Google’s own operating system doesn’t get the same tender love and care as its biggest competitor you begin to wonder what gives.

Well, following Google’s explanation that it takes more work and time to implement the feature in the Android version due to the way user accounts work in the OS, we finally have word that the feature is being worked on and should be in a beta build near you soon. New code has been committed to the Chromium project that will finally allow us to sync our passwords to our Android devices. 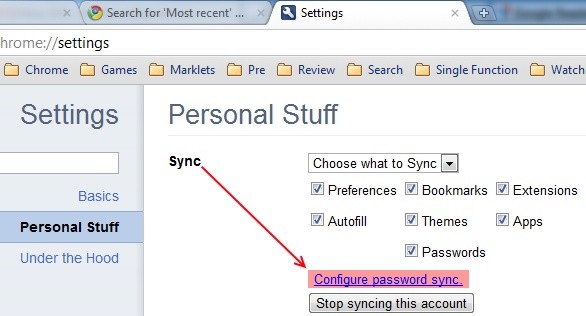 With everything drawn up and ready to go, we should be seeing this feature in a beta channel update at some point in February, though it’s not wise to hold us to that estimation. Regardless of when the exact landing date is, though, we’re excited to see Chrome for Android making progress and getting one of the most important features for those of us who take password management seriously.

This saga makes us wonder if Google can eventually reach its goal of wanting to get Chrome on all platforms synced up on the development cycle. If it takes Google months longer to implement a feature in one version of an operating system opposed to another then it can’t guarantee that each platform will be updated at the same time.

Not all features will have to lag as far behind as password sync did, but Google’s desire to “do it right” for each individual platform will keep it from being able to get a more uniform update schedule going. Unless you want development on other platforms to be held back for the sake of identical updates and feature sets, this is something we’ll have to deal with for the time being. But don’t let my Debbie Downer commentary deter you from the excitement this news should bring — go nuts and celebrate!

[via Google Code, Chromium, thanks PhaseBurn!]