Could the Samsung Galaxy S4 not be called the Galaxy S4 at all? That’s the bizarre speculation coming out of SamMobile today after once again dropping a bit of insider info on the device. The phone, which reportedly began life under the codename Project J and now goes by “Altius,” is being cooked up in white and black color schemes for a launch around around week 16 of 2013, according to the site’s sources.

Week 16 would mean a release on or around April 15th, lining up with earlier reports. To be clear, that date is said to be Samsung’s target shipping schedule. An announcement would come sometime in March at an event separate from MWC.

In terms of specs, new info supposedly confirms wireless charging for the device, which would be accomplished by way of an interchangeable battery cover and charging dock to ship a few weeks after the phone goes on sale. In terms of capacity, the GS4 could carry a 2600 mAh batter.

Now back to that question of the name. Apparently it hasn’t been finalized, with the exact moniker of the device hinging on Korean superstition that the number 4 breeds bad luck. Perhaps the move from model number GT-I9300 (Galaxy S3) to GT-I9500, conveniently skipping GT-I9400, supports this line of thought, but it’s hard to imagine Samsung launching this year’s flagship model without staying true to the already established naming scheme.

The Galaxy S4 (or whatever it might end up being called) will also come with a virtual salt shaker app for throwing over one’s shoulder to cast off any bad mojo. We kid, we kid, but we’ll try not break any mirrors or walk under too many ladders between now and April just in case.

After 3 years, Samsung has finally overtaken 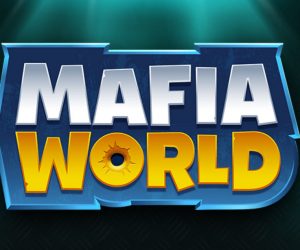 Ever wanted to be a godfather or the head of a criminal enterprise without spending the rest of your life behind bars? Then Mafia World is exactly what you need.A brand new mafia game created by GamoVation, a Dutch-based video game developer renowned for making some of the most gripping and captivating games, Mafia World …

Buying a new smartphone is always an exciting experience, but that excitement always gets cranked up a few notches when you can get a great deal as well. WIth OnePlus offering some great discounts on its current lineup, Samsung has decided to join in on the fun with a $150 discount on the Galaxy S20 …

closeOnePlus 9 renders leaked, but don’t get comfortable just yet

According to recently leaked renders, we may now have an idea of what the upcoming OnePlus 9 could look like, but it seems that this design might not necessarily be final. 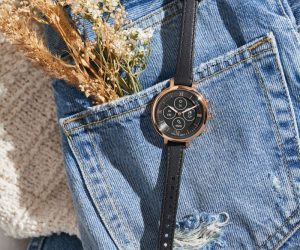 Fossil has announced the launch of their new Hybrid Smartwatch HR Mini aimed at women, featuring a classy and elegant design and fantastic battery life.

more_vertHow to install GCam on the OnePlus Nord N10

closeHow to install GCam on the OnePlus Nord N10

With the launch of the OnePlus Nord N10, the company is trying to carve out some space within the budget-friendly smartphone segment. The performance of the phone is definitely better than similarly-priced smartphones, but one area that the device would do better in is photography. Having four different cameras is certainly impressive, but if you …