The OUYA storm is beginning to brew, folks, as the latest Kickstarter update from the project has reached our inbox. Those who’ve pledged were notified that development kits will be sent out starting December 28th for all the developers who want to start creating great games tailored for the Android Jelly Bean-powered gaming cube.

This also marks the first time we’ve ever seen an actual OUYA unit in the wild, prototype or otherwise. While this doesn’t mean much for everyday users in the immediate future, it is important in the long run as developers will have ample time to create, port and optimize the very content that you’ll be sinking your teeth into once the OUYA is available for sale later next year. 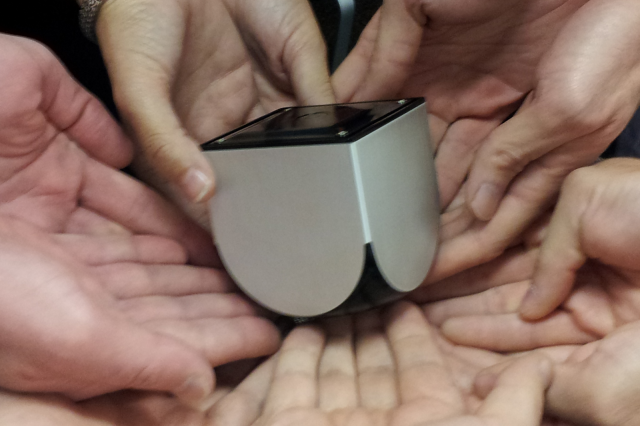 The overall package will be a smallish console in roughly the same skin that has been marketed all this time, though we imagine some things could change by the time it hits full-on production . The software is called the OUYA Development Kit — or ODK, for short — and will be accessible through a web-based developer portal shortly after the kits ship. This will give developers the tools needed to create seamless gaming experiences with the OUYA controller, upload games to the OUYA store and ultimately start raking in the dough.

Unfortuntely — as you know — not everyone was able to get their hands on an OUYA development console through the Kickstarter funding period. OUYA says not to worry, though, as you’ll still have access to the software tools as soon as they’re ready, and production OUYA units will be development kits in and of themselves. Some of you may get lucky and win a development console in OUYA’s official giveaway, though, so be sure to read up on how you can participate in that juicy opportunity.

OUYA says those who paid extra to have the hardware early can expect some extra cherries on top of this sweet cake, too. No further details were given, but we can only imagine that developers will receive many thanks for their early support in a very cool way.

Alongside all this good news, OUYA took the opportunity to update folks on the situation regarding early access to usernames. Long story short, you will have ample time to get your request in come December 25th if you haven’t already, and tiebreakers will be handled using chronological order — first come, first serve. 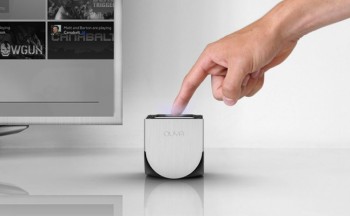 By December 25, we’ll email each of you a link to activate your account. For those of you who responded to our survey about preferred usernames, you’ll be able to confirm your choice. For the handful of popular names that had conflicts, we broke the tie(s) by honoring whomever backed OUYA first on Kickstarter. And, if any of you didn’t respond—or didn’t get your preferred username—you can choose a name when December 25 rolls around.

We’re quite excited about this, and while the Android gaming experience we’ve been longing for is just under a year away we can practically feel the project inching forward in our veins with each waking moment and update. Stay tuned to Phandroid as we’ll continue to bring you all there is to know about the OUYA as we make the trek on this interesting path.

more_vertIf OnePlus screws up the price of the 8 Pro,

closeIf OnePlus screws up the price of the 8 Pro, the phone will be a disaster

There are a lot of things to consider when purchasing a new phone. For many, having an incredible camera is a top priority while others focus on performance, software, or price. When it comes to OnePlus devices, the company’s phones have always been top picks for those seeking high-end performance at a price that’s significantly …