Apple releases apps in Google Play Store… or not 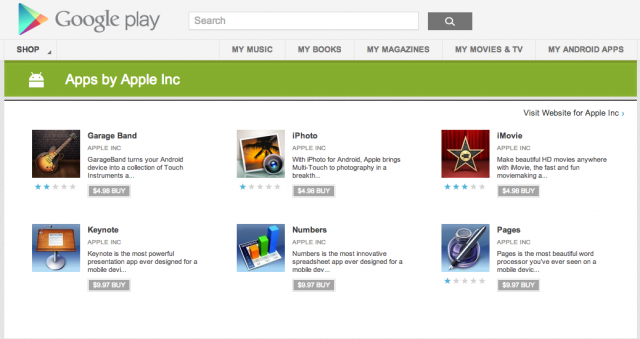 Before you go off and purchase those newly added Apple apps in the Play Store, we would like to stop you for a second and warn you that they are more than likely fake. In fact, I am willing to put my money on it.

A said “Apple Inc” developer has uploaded a series of popular iLife and iWork applications in our beloved Google Play Store. These include Garage Band, iPhoto, iMovie, Keynote, Numbers and Pages. The “apps” were just released in the Play Store with no announcement from Apple, making it seem like a very well-elaborated scam.

Not only does the developer’s name take Apple’s identity, but the developer’s website directs you to Apple’s homepage, the email is android@apple.com and the descriptions seem rather convincing. To the unexperienced Android user, this may very well seem legit. But do you really think Apple would release such apps in their largest competitor’s app store? No way. 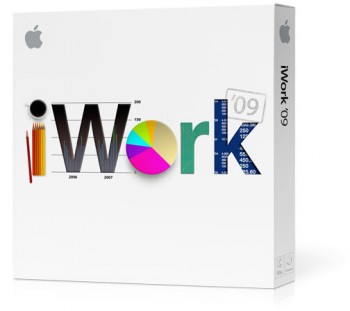 And even if they did, in some alternate universe, Apple would have done a much better job. The icons would be much better designed, for one. These simply look like cropped images taken from somewhere else. And these apps would surely serve a better purpose and not upset the few users who have downloaded them. Most of the ratings are bad, with comments mentioning the apps don’t work at all.

These happen to be expensive too (though probably not as expensive as they would be if they were real). They range from $4.98-$9.97, so save yourself from the hassle of wasting your cash and possibly missing that 15-minute refund window. DON’T BUY THEM!

We have reached out to Apple for confirmation, so we will go ahead and let you know as soon as we hear from them. Regardless, would you like some of these apps in the Play Store at some point in the future? It is more than unlikely, but we would like to know what you think of such possibilities. Our readers are mostly Android fans, but we know many of them also use Mac computers. There might be a demand Apple could potentially benefit from.

The EU might soon mandate the scanning of enc