The temporary death knell for Apple Maps has finally taken place. Following Google chairman Eric Schmidt’s thoughts that Apple should have never left Google Maps, it looks like CEO Tim Cook might be feeling the same way for now. Cook wrote an apology for the blunder that is Apple Maps to all of Apple’s customers on the company’s own website.

It’s rare to see Apple admit a mistake so bluntly and in such a public manner, but let’s not forget that Tim Cook isn’t Steve Jobs. While we’re not sure the late mastermind would have taken the same approach, we know Tim Cook is a lot more easygoing than Jobs and we’re not too surprised he has no problems living up to the mistake. 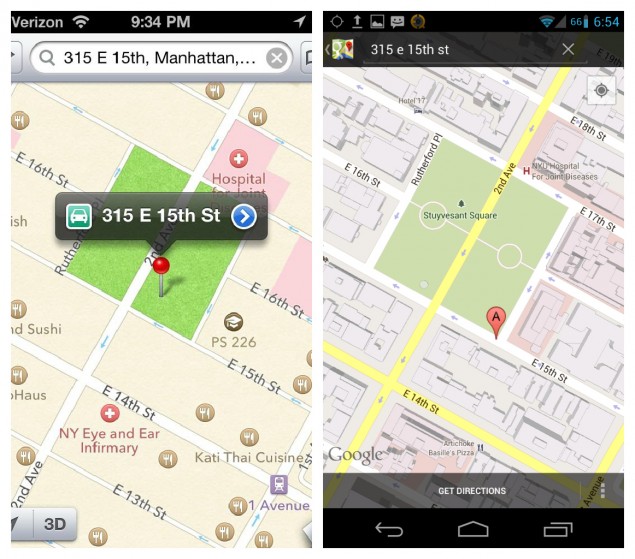 Apple Maps debuted in iOS6 and effectively phased out the app which used Google’s mapping data. While that app didn’t have the navigation features, or other features, as Apple’s Maps have, it did have, at the very least, more accurate maps.

It is believed that Apple wanted to cut all ties with Google in terms of pre-installed software. Aside from searching, Google’s presence on iOS going forward will be limited to the App Store.

As much fun as we’ve had making fun of Apple for this mistake, seeing this apology makes it all feel so… dirty. To see Apple in an apologetic and vulnerable state is new to us so we’re still wondering how to process all of this.

But make no mistake about it: Apple knows it screwed up, and while they can’t do much about it at this very moment except offer alternative maps services like Waze, Bing, or Google Maps Web, we’re sure they won’t be off their mapping feet long. (I know more than a few of you remember how Google Maps started out.) [Apple]

At Apple, we strive to make world-class products that deliver the best experience possible to our customers. With the launch of our new Maps last week, we fell short on this commitment. We are extremely sorry for the frustration this has caused our customers and we are doing everything we can to make Maps better.

We launched Maps initially with the first version of iOS. As time progressed, we wanted to provide our customers with even better Maps including features such as turn-by-turn directions, voice integration, Flyover and vector-based maps. In order to do this, we had to create a new version of Maps from the ground up.

There are already more than 100 million iOS devices using the new Apple Maps, with more and more joining us every day. In just over a week, iOS users with the new Maps have already searched for nearly half a billion locations. The more our customers use our Maps the better it will get and we greatly appreciate all of the feedback we have received from you.

While we’re improving Maps, you can try alternatives by downloading map apps from the App Store like Bing, MapQuest and Waze, or use Google or Nokia maps by going to their websites and creating an icon on your home screen to their web app.

Everything we do at Apple is aimed at making our products the best in the world. We know that you expect that from us, and we will keep working non-stop until Maps lives up to the same incredibly high standard.