We have just received tangible evidence of the Galaxy Note 2 being prepped to be released by Verizon, but maybe you are looking for something a bit different. If HTC is your manufacturer of choice, you probably have your eyes on that rumored 5-inch HTC “phablet,” and we have some more juicy leaks for you today.

Our friends from HTC Source have gotten a hold of a few new details regarding the device, which they call DIx (DROID Incredible X?). We don’t know what the name will be, but the source is almost sure it will come with the DROID branding. The device is said to make the iconic “DROID” notification sound, and the colors are parallel with past DROID devices.

Some of these specs don’t match past leaks and rumors, but HTC Source’s insiders have been right on spot lately. We can only wait for the official announcement to be sure, but this source claims the device will feature a 1080p display with a 480 ppi (pixels-per-inch) density.

Other specs include a quad-core Qualcomm Snapdragon S4 processor, 1.5 GB of RAM and 16 GB of internal storage. Qualcomm’s S4 processor has been known to outperform even quad-core processor like NVIDIA’s Tegra 3, so this bad boy will rock some power under its hood.

Another small, but very welcomed improvement is the addition of a second notification light, which is said to be located in the back, near the camera. This will notify you of any messages, emails, missed calls any any other happenings while the phone is face down. But there has to be a downside, right? No device is perfect, and the exclusion of a microSD card slot might very well be a deal breaker for many of you. 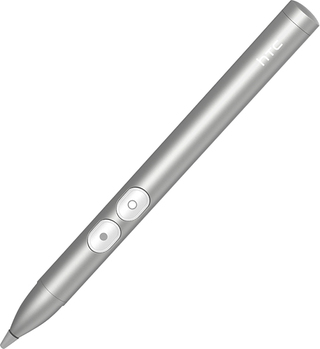 The source also says there is no active pen support like HTC Scribe or Samsung’s S-Pen. The Scribe Stylus seems to not work with the device, so instead of being a device with more functionality it will be a large smartphone. Not that the extra screen real-estate isn’t welcome, but Samsung definitely takes this round.

Sure seems like it could make many of you happy campers, though. Maybe we will see more of this at HTC’s September 19 event. I am personally debating between this one and the Galaxy Note 2. Which one would you get?