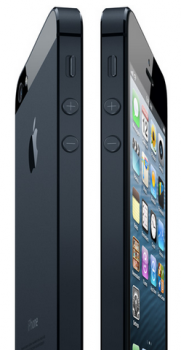 “This is unlike anything we or anyone else in our industry has made before,“ said Tim Cook regarding the iPhone 5 at Apple’s press conference in California today. That’s a bold statement considering the state of the current patent wars, with Apple filing silly lawsuits for things like making similarly shaped phones and having slide-to-unlock features.

The iPhone 5 will surely be one of the hottest smartphones of the year, but check out all these “new” features that are “unlike anything” the industry has ever seen: 4-inch display, 8 megapixel 1080p HD camera, HD front-facing camera, A6 processor that is two times faster than the A5X, 4G LTE, and more.

Funnily enough, this all sounds rather dusty in the world of Android. Let’s show you what we mean.

For starters, this thing is supposed to be “the world’s thinnest smartphone.” Sure, for the moment, but we all know that claim won’t last too long. It seems like there’s a new “thinnest smartphone” every month or two; remember the Huawei Ascend P1 S announcement? Or more recently, the Oppo Finder which at 6.65mm is thinner than the iPhone 5’s 7.6mm. Even the Galaxy S3 is8.6mm… will anyone notice that 1mm?

And with that revolutionary new 4-inch iPhone 5 screen size, Apple has just gotten their first taste of “fragmentation.” Wait… Tim, did you remember saying this:

“One thing is that we’re not fragmented. Look at the percentage of users who upgraded to iOS 5. We have one App Store. We have one phone with one screen size, one resolution. So it’s pretty simple if you’re a developer.”

Tim Cook touts the device’s ability to automatically sensor the window of an app in the device’s old screen size and use letter-boxing to eat up the rest of that space. So apps can’t automatically scale or stretch? Developers now have to do extra work to make their apps fully compatible? Oh, we thought that was just an Android thing.

“You see we’re able to add a 5th row of icons.” That’s wonderful, Tim. And it would be more exciting if the iOS homescreen was more than just a row of icons. Stock Android doesn’t necessarily afford the same real estate for icons, but a stroll in the Google Play Store affords us the same ability without having to buy an entirely new phone. And what about them Android widgets from 2009? Zing.

Cook was even more excited to announce that they now have “…HSPA+, DC-HSDPA, and yes… LTE.” Surprise, surprise: the HTC Thunderbolt (an Android Phone) was one of the first with 4G LTE. And that was in March 2011. And now Samsung is poised to sue Apple for the iPhone 5 even HAVING 4G LTE. 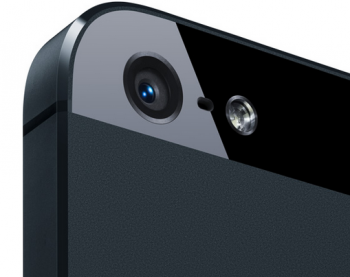 Apple’s processors are always an interesting talking point. At the iPhone 5 event, the new A6 was processor was revealed to be two times faster than the A5. It’s a processor that boasts quad-core performance, and most of you know NVIDIA already beat Apple to that game. In fact, so did Samsung. Android phones have launched with quad-core chipsets since the beginning of 2012.

Apple touted its camera upgrades as if “8 megapixels” hasn’t become the standard since the EVO 4G’s launch. We all know that just as clothes don’t make a man, megapixels don’t make the camera. But OEMs have started using great, high quality sensors in their cameras, all while being able to shoot 1080p HD video with 60FPS for quite some time. Take the HTC One X for example.

Sticking with the camera theme, he continued “But perhaps the most amazing new feature in the iPhone 5 is called panorama.” The earliest phones I can remember having a panorama feature was the Motorola Droid X in July 2010. That’s an Android Phone. I guess it’s amazing if all you’ve ever owned is an iPhone. It’s been baked into Android ICS since the Galaxy Nexus launch. Oh, and a front-facing HD camera? Welcome to last year, Apple. Again. 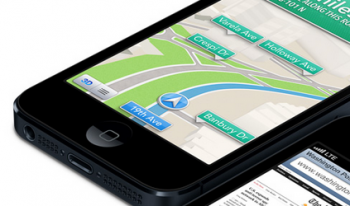 Apple naturally showed off some “great, new” things in iOS. For starters, their Maps app had us in “snore” mode. Millions of points of interests, navigation, land-scape AND portrait? Oh, my! It would be like Christmas if Google didn’t have all this and more for its Android users since the original Motorola Droid in 2009.

iCloud tabs is supposed to be a feature that lets you sync your Safari tabs between your phone and browser. While Google Chrome for Android is still a bit new, we’ve been syncing tabs long enough to make this feature seem quite old. Don’t even get me started on the ability to answer a call with an SMS right from the incoming call screen — talk about copying someone else’s work!

As cynical as I may sound, does Apple not deserve to be ridiculed with the extent of today’s announcements? Not only is all of this yesteryear’s news, it’s all tasty enough for a big pot of irony that needs to be served to Apple and its legal team. While they’re in the courtrooms whining about rivals “stealing” rectangles and shapes, they’re pretty much taking a little bit of something from everyone and trying to pass it off as the greatest innovation this year.

Regardless, the iPhone WILL be one of the hottest phones of 2012/2013. With Apple collaging all these specs together into one device, how will it compare against Android’s top devices? Let’s take a look.

And the annual question arises: should you defect to the land of the bitten fruit or are you on the fence and willing to try out some new Android phones? The iPhone 5 faces stiff competition from offerings by Samsung, HTC, and Motorola, and they’re worth just as much of your time as Apple’s.

For starters, Samsung’s Galaxy S has been the pinnacle of the Android smartphone space and Samsung’s current iteration — the Galaxy S3 — is perhaps the iPhone’s most formidable foe yet. The cream of the crop for the summer offered up a lot of intriguing bells and whistles.

The hardware — consisting of a Qualcomm Snapdragon S4 dual-core processor clocked at 1.5GHz, 2GB of RAM, 16-32GB of internal storage, an 8 megapixel 1080p camera sensor with a 2 megapixel front-facing camera, and a gorgeous 4.8 inch Super AMOLED HD display — is more satisfying than we could ask for at this point; and the strides Samsung’s made in TouchWiz are not to go unnoticed.

Things like S Voice, burst mode in the camera, picture-in-picture, and more pile atop Android 4.0 Ice Cream Sandwich (and soon to be Jelly Bean). Read our review of the Samsung Galaxy S3 here. 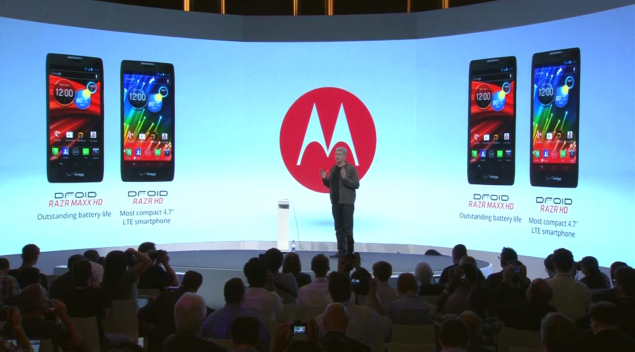 Motorola’s coming to town with a very compelling smartphone soon. They just wrapped up their event with Verizon in New York City, and from that we learned of the Motorola DROID RAZR HD and RAZR MAXX HD. These devices — with the former only differing in its high-capacity battery — will make it tough to decide on a holiday smartphone for you or loved ones.

It’ll sport a 4.7 inch display with an HD resolution, and under the hood you can expect to find the ever popular Qualcomm Snapdragon S4 dual-core processor clocked at 1.5GHz, as well as 1GB of RAM.

The 8 megapixel camera on the back with its 1080p HD video recording capabilities should please casual shooters, and the MAXX variant’s 3300 will give users nearly a full day’s worth of talk time without having to plug the thing up.

On the software side of things we can expect an updated version of Motorola’s UI (which many are still referring to as BLUR despite Motorola’s best attempts to move away from it), and from the looks of things Motorola has finally created a user interface that we can be happy with. You can take a look at our hands-on coverage of the device here. 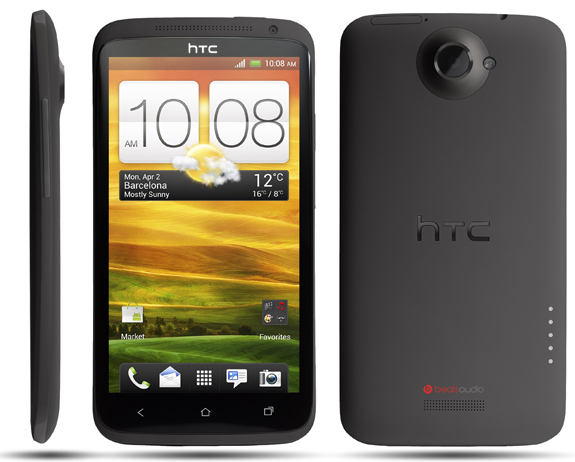 Oh, and one more — the HTC One X is still alive and kicking, too. Although it may have been overshadowed by the glorious launch of the Samsung Galaxy S3, we tend to forget HTC still has some great devices on the market that are worth checking out. This phone marked the transformation of HTC and Sense, and it was met with well-deserved fanfare.

The HTC One X has a 4.7 inch HD display, either a 1.5GHz quad-core Tegra 3 processor or a dual-core Snapdragon S4 processor depending on your market and model, 1GB of RAM, 16-32GB of internal storage, an 8 megapixel camera with 1080p HD video recording and burst shooting, a 1.3 front-facing camera, and more.

The real star of the show was HTC’s much-improved Sense UI. They took out a lot of the bloat that many felt was bringing the UI down, and introduced new apps and design elements that make it more enjoyable, easy, and smooth to use than ever before. On top of Android 4.0 we believed — and still do believe — that HTC finally got it right..

So the moment of truth will come down to September 21st — will you or won’t you? We’ve already asked you in an earlier poll, but it might be good to get some fresh opinions after finally seeing the real deal, and within the context of some comparable phones from the Android side of things.

You can take a gander at the full specs of each device in the comparison chart above. Let’s hear your roar in the comments section below, and be sure to visit iSource.com for more iOS content than you can handle!

Here are some other iPhone 5-related stories you might enjoy: