Kobo has traditionally been known to dabble in the e-reader and books distribution space and little more, but it seems they’re expanding their portfolio by announcing  a new Android tablet.

It’s the 7 inch Kobo Arc, and the device will come in at a starting price point of just $200 for the 8GB version or 16GB for $250. For that, you’re getting a tablet that runs Android 4.0, but not without heavy user interface customization.

They’re calling its custom UI Tapestries, and it’s a pin-based system that recommends new content based on what’s “pinned” to the homescreen. 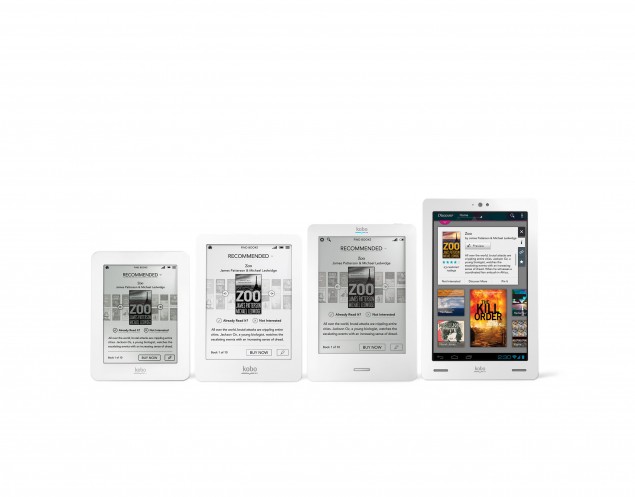 The great thing is that having a custom user experience hasn’t stopped them from denying users access to the Google Play Store. I’m not trying to knock Amazon and Barnes and Noble, but what’s the greater number: 1,000 or 600.000? Exactly.

Other known specs are a 1.3 megapixel camera, a microphone, and the device is available in 8GB or 16GB. They are touting up to 10 hours of continuous video playback or reading, and two weeks of standby. We’re also sure there’s some form of WiFi for downloading content, though the details we’re offered on specs are dry.

Regardless, Kobo seems to have put together a very compelling package that doesn’t sacrifice software for a heavily-customized brand experience. It will be available starting this November. And for those of you interested, they’ve also introduced three new e-Ink e-readers. For more on those be sure to read on for full press details.

Starting at $79.99 the New Kobo Family will be available at World’s Largest Network of Booksellers and Leading Retailers including Best Buy and Walmart

TORONTO, Sept. 6, 2012 /PRNewswire/ — Kobo, a global leader in eReading, today unveiled its new Kobo Family of eReading devices: the Kobo Glo, Kobo Mini, Kobo Touch and the Kobo Arc – a 7″ Android tablet. Designed by booklovers for booklovers, the new Kobo Family starts at $79.99 and provides readers with more choice and more ways to personalize their eReading experience than ever before – including new stylish colors, accessories, lighting and multimedia options.

Launched in 2009, with a vision to transform the world of reading, Kobo remains focused on delivering a superior eReading experience. Today, Kobo has more than 10 million users in 190 countries, and offers one of the world’s largest eBookstores with nearly 3 million books across 60 different languages. Kobo pioneered the affordable eReader in May 2010 and is now introducing for the first time its new Kobo Family – offering an eReader for Everyone. The company is a driving force behind the adoption of eReading around the world with its award-winning eReaders and tablets, free apps for tablets, PCs and smartphones, and extensive network of booksellers and leading retailers.

“Our focus has remained firmly on delivering a superior experience for booklovers around the world.  With 11,000 booksellers and leading retail partners across five continents, we are bringing the new Kobo Family to booklovers everywhere,” said Michael Serbinis, CEO, Kobo. “The new Kobo Family provides more choice for booklovers and a superior eReading and content discovery experience – truly, an eReader for Everyone.”

“The launch of Kobo’s new Family of eReading devices represents a bold step for both Kobo and Rakuten,” said Rakuten CEO Hiroshi Mikitani. “This reinforces our commitment to expanding digital goods and e-commerce services to new markets around the globe through beautiful and exciting devices.”

The new front-lit Kobo Glo is the next generation in comfortable eReading. It offers innovative soft, even and adjustable ComfortLight technology to enable consumers to read anytime – day or night. Its durable screen and customizable page-turning features make it the perfect eReader for the booklover. The Kobo Glo uses E Ink technology, customizable fonts and a no-glare XGA high-resolution 6″ E Ink screen that is just like reading print on paper, and connects easily to Wi-Fi allowing consumers to explore and discover recommendations in the Kobo eBookstore. The Kobo Glo eReader comes in Black or White and a selection of stylish colours – Pink Sunset, Blue Moon, Silver Star – and will be available starting October 1st for $129.99 MSRP.

The Kobo Mini is the world’s smallest and lightest full-featured E Ink eReader available today, offering the full Kobo experience at a great value. Proving that great things come in small packages, the 5″ Kobo Mini easily fits in your purse or pocket and is loaded with all the amazing features Kobo customers have come to know and love. Just like reading print on paper, the no-glare 5″ E Ink screen is easy on the eyes – even in bright sunlight. The Kobo Mini comes in black or white and offers a selection of three stylish Kobo SnapBacks in Teal, Ruby Red, and Purple.  Perfect for people on-the-go, young adults, and easy for first-time readers to hold and read, the highly portable Kobo Mini holds up to 1,000 eBooks.  The Kobo Mini will be available starting October 1st for $79.99 MSRP.

The new Kobo Arc offers booklovers a competitively featured Android 4.0 multimedia tablet with a new way to discover content – books, movies, TV shows, music, web pages and more.  With a Kobo-developed interface called Tapestries, Kobo Arc gives consumers an exciting new way to discover content.  Using an intelligent cross-media recommendations engine, Tapestries responds to the user’s “pinned” content to recommend related videos, movies, books, web pages and other related content. Tapestries makes it easy to discover new personal multimedia recommendations with little effort as the engine learns what consumers love – and brings them more. The 7″ high-definition display delivers crisp, sharp text and with 16-million colours bring photos and videos to life. With front-facing speakers with SRS TruMedia, a built-in microphone and hi-resolution 1.3 MP camera to take photos and videos, the Kobo Arc offers up to 10 hours of continuous reading or video play, and two weeks on standby.  With Google® Play, Kobo Arc users have access to more than 600,000 apps and much-loved pre-loaded apps including Facebook®, Twitter®,  Rdio®, Zinio® and PressReader®. The Kobo Arc is available in Black and White with Blue and Purple interchangeable SnapBacks.  The Kobo Arc will be available this November, starting at $199.99 (8G) MSRP and $249.99 (16G) MSRP.

The award-winning Kobo Touch, named Wired’s #1 eReader in 2012 and the industry’s first touch-screen eReader, is available in stores around the world– and is now $99.99.  The Kobo Touch includes Kobo’s latest software with more ways to personalize the reading experience, get recommendations and discover new content.  The Kobo Touch is available in seven languages including English, French, German, Italian, Portuguese, Dutch, and Japanese.

Kobo’s global network of 11,000 booksellers will be offering the Kobo Family starting in October.

Starting today, the Kobo Glo will be available for pre-order from the following retail partners around the world:

For more information and availability on the Kobo Family of devices, visit www.kobo.com.

About Rakuten
Rakuten, Inc. (JASDAQ:4755), is one of the world’s leading Internet service companies, providing a variety of consumer- and business-focused services including e-commerce, e-reading, travel, banking, securities, credit card, e-money, portal and media, online marketing and professional sports. Rakuten is expanding globally and currently has operations throughout Asia, Western Europe, and the Americas. Founded in 1997, Rakuten is headquartered in Tokyo, with over 10,000 employees worldwide.  For more information, visit http://global.rakuten.com/group.

About Kobo Inc.
Kobo Inc. is one of the world’s fastest-growing eReading services offering nearly 3-million eBooks, magazines and newspapers.  Believing that consumers should have the freedom to read any book on any device, Kobo has built an open-standards platform to provide consumers with a choice when reading. Inspired by a “Read Freely” philosophy and a passion for innovation, Kobo has expanded to nearly 190 countries, where millions of consumers have access to localized eBook catalogues and award-winning eReaders, like the Kobo Touch. With top-ranked eReading applications for Apple, BlackBerry, Android, and Windows products, Kobo allows consumers to make eReading social through Facebook Timeline and Reading Life, an industry-first social experience that lets users earn awards for time spent reading and encourage others to join in. Headquartered in Toronto and owned by Tokyo-based Rakuten, Kobo eReaders can be found in major retail chains across the globe. 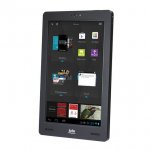