New processor is what took Huawei MediaPad 10 FHD so long to come, and it’s coming in September

The Huawei Mediapad 10 FHD has eluded the grips of many for quite some time. It was first unveiled back in February at Mobile World Congress, and after a series of promotional videos, in-the-wild shots, and other rounds it had to make it still has yet to come out about 6 months later. 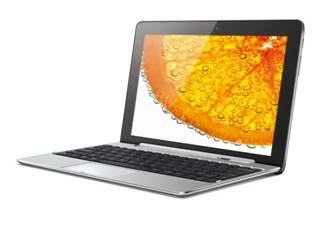 But Huawei’s confirmed that the 10.1 inch, 1080p goodness will be headed to retail starting this September to a variety of markets. It’ll feature a K3v2 Cortex-A9 1.4GHz quad-core processor which features a 16 core GPU. There’s also an 8 megapixel HD rear camera, 1.3 megapixel front-facing camera, Android Ice Cream Sandwich, and more.

There will also be 4G, 3G, and WiFi connectivity, as well as a keyboard dock that will give users a VGA and HDMI port when the tablet is safely nestled into it.

Those in China are already enjoying it, while users in Germany, Sweden, Russia, Belarus, Korea, Bahrain, and Kuwait will see it starting in September. Huawei has confirmed more markets will follow, but refused to say who would get it, and when. Read on for full press details.

Berlin, Germany, August 31 2012: Huawei, a leading global information and communications technology (ICT) solutions provider, has announced that it will ship its much-anticipated 10-inch HUAWEI MediaPad 10 FHD quad-core tablet to selected markets from September, with other markets to follow. Running on Android 4.0, the HUAWEI MediaPad 10 FHD provides and unsurpassed entertainment experience with its visual and audio features, power capabilities, and stylish design.

“Most consumers use tablets for entertainment purposes such as gaming, viewing multimedia content, browsing the internet and reading e-books,” said Richard Yu, Chairman of Huawei Device. “We have created the MediaPad 10 FHD to be extraordinary – to excel in all of the entertainment capabilities including speed, power, web-browsing, high definition display and audio, and packaging it all in a compact and sleek body.”

The HUAWEI MediaPad 10 FHD is powered by a K3v2 Cortex-A9 1.4GHz quad-core processor and a 16-core GPU. The MediaPad 10 FHD LTE version supports the world’s fastest mobile wireless data connection at up to 150Mbps LTE (compatible with 84Mbps HSPA+), in addition to Wi-Fi and 3G versions. The MediaPad 10 FHD’s 6600mAh battery provides more than 10 hours of continuous usage.

With a keyboard add-on, the MediaPad 10 FHD can be transformed into a ultra-book, and its VGA and HDMI output and office software compatibility supports all your business and entertainment needs. The MediaPad 10 FHD also supports Ethernet access via a USB adapter cable to eliminate network accessibility limitations

The HUAWEI MediaPad 10 FHD WiFi version is now available in China, and will begin shipping to Germany, Sweden, Russia, Belarus, Korea, Bahrain, and Kuwait in September, with other markets to follow.

Huawei Device believes that everyone can be the center of information and that the world would be a better place if access and information barriers were knocked down. Its strong suite of mobile phones, mobile broadband devices and home devices is testimony to Huawei Device’s focus on customers and its commitment to providing user-friendly mobile internet experiences through ongoing innovation. Based on more than two decades of success in the information and communications industry, and with our own channel expertise, operational capabilities and global partner resources, Huawei Device is transforming from a company that sells millions of devices in single transactions to large businesses, to a “Business-to-People” (B2P) brand that also sells individual devices directly to millions of people. As at the end of 2011, Huawei Device serves more than 500 operators all over the world. For more information, visit Huawei Device online: www.huaweidevice.com