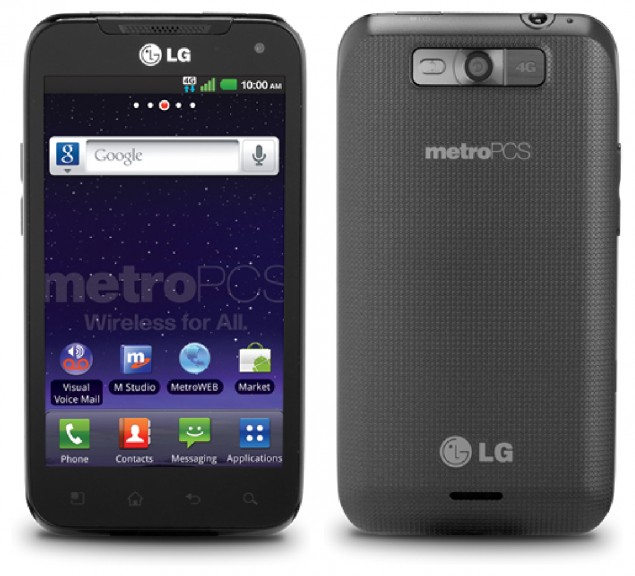 It’s funny how our phones are now capable of running console-like games, but yet voice calls still sound like Charlie Brown’s mom. When it comes to our cellphones, we’ve seen all kinds of leaps in technology when it comes to hardware, now it’s time for carriers to start putting some of that technology to good use use. It looks like regional carrier MetroPCS has beat the big 4 to the punch, offering the first ever Voice-over-LTE network in the US.

If you’ve never heard of Voice-over-LTE (or “VoLTE”) we don’t blame you. The technology is relatively new and hasn’t been possible until the past year or so, when carriers finally made the move over to newer LTE networks. The way it works is instead of routing voice calls over older, “fuzzy networks,” voice calls will now take place over enhanced LTE networks. That means crisp, clear, HD quality voice calls — something quite frankly, I’ve been looking forward to my entire cellphone life.

The first phone to take advantage of MetroPCS’ VoLTE capability is their new, aptly named LG Connect 4G. This is a dual-core device is essentially a rebranded LG Viper, meaning it will come with the same dual-core S3 processor, 4-inch 800×480 display, 1GB of RAM and LG’s custom UI running atop Android 2.3 Gingerbread. MetroPCS is planning for more VoLTE devices in the coming weeks, so, customers will have even more options to choose from.

So, which of the big 4 carriers in the US will be first to jump on the VoLTE bandwagon? Well, we’ve known for quite sometime that Verizon Wireless has been actively testing the technology, and AT&T has mentioned a 2013 release for theirs. Although not exactly VoLTE, Sprint has been toying with “HD Voice,” a feature found in the recently released HTC EVO 4G LTE that will still use Sprint’s enhanced CDMA network to enhance voice calls, and is looking to launch a little later this year.

DALLAS, Aug. 7, 2012 — MetroPCS Communications, Inc. PCS -1.37% today reached another innovation milestone by announcing the world’s first commercial launch of Voice over LTE (VoLTE) services, availability of the world’s first VoLTE-capable handsets and the first sale of a VoLTE-capable handset at one of the company’s Dallas/Fort Worth store locations. MetroPCS is selling the new VoLTE-capable LG Connect 4G Android(TM) smartphone at select U.S. stores and will continue to roll out VoLTE services and phones in the coming weeks.

“Being the first operator globally to reach this industry first speaks volumes about our company’s innovative spirit and passion to achieve goals that we believe will have long-term benefit for our customers and for the company,” said Roger Linquist, chairman and chief executive officer of MetroPCS. “The initial move to LTE and this move to VoLTE allow us to achieve significant spectral efficiencies and will increase network capacity so that we can enhance the 4G LTE experience that our customers have today at a tremendous value. VoLTE also provides a foundational capability for future Rich Communication Services (RCS), which we plan to launch later this year.”

The addition of VoLTE capabilities to MetroPCS’ 4G LTE handsets will be transparent to consumers as they continue to enjoy all the voice and 4G LTE data services with which they are already familiar. Calls to and from the handset will use VoLTE, regardless of the handset or network used on the other end of the call.

MetroPCS was the first U.S. carrier to deploy a commercial 4G LTE network in September 2010 and has since built out its 4G LTE network to cover roughly 90 percent of its CDMA footprint.

Dallas-based MetroPCS Communications, Inc. PCS -1.37% is a provider of no annual contract, unlimited wireless communications service for a flat rate. MetroPCS is the fifth largest facilities-based wireless carrier in the United States based on number of subscribers served. With Metro USA(SM), MetroPCS customers can use their service in areas throughout the United States covering a population of over 280 million people. As of June 30, 2012, MetroPCS had approximately 9.3 million subscribers. For more information please visit www.metropcs.com . 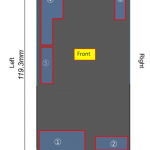 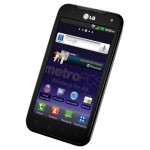 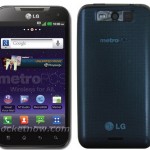 LG Connect 4G Will Be Metro’s Next LTE