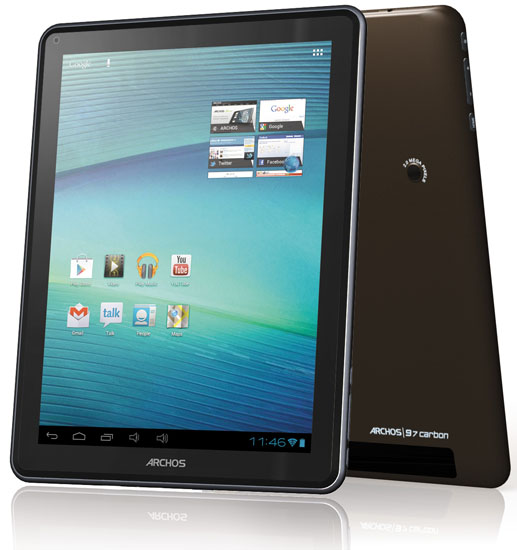 Companies like ARCHOS have been able to make a name for themselves for one reason, and it is not for the quality of their products. This is not to say that these tablets are horrible either, but their main focus has been affordability, which meant sacrificing good specs and build quality. These cheaper tablets were a life-saver for those who didn’t want to spend $500 on a good device. But with the tablet market taking a turn and devices being more affordable, these manufacturers are finding themselves in quite a deep hole.

It is tablets like the Nexus 7, Kindle Fire, ASUS Transformer Pad 300 and Samsung Galaxy Tab 2 that are slaughtering the affordable tablet market. Major companies are offering great options for the same prices that ARCHOS sells its tablets for. We are talking Tegra 3 (or comparable) processors, 1 GB of RAM, HD displays and some come with the latest Android version (or at least they are getting it soon enough). Starting at $200, these tablets are making it impossible for tablets like ARCHOS’ to compete.

This became more evident when the ARCHOS 97 Carbon was announced, and more recently released. This $250 tablet offers a 1 GHz single-core processor, 1 GB of RAM. 16 GB of internal storage, Android 4.0 and a 9-inch display. Compared to the Nexus 7, this tablet is simply left in the dust. It does have a microSD slot and a larger display if that is what you fancy. But is it worth giving up other superior speeds?

I have been able to lower my storage needs by using cloud services. I literally have to try in order to fill up my 16 GB phones and tablets. The display may be larger, but has the same definition as the Nexus 7. This means that Pixel density is much lower. I prefer looking at a smaller, but crisper display.

So where does this leave ARCHOS et al? These companies will be forced to change their strategies, prices and quality. Or else they will simply disappear as fast as they came. At this point, though, it will be rather hard to match the popular manufacturers. They would need to improve their hardware and specs significantly. If not, these tablets will have to be extremely affordable.

But even if ARCHOS managed to sell a tablet like the 97 Carbon for $100, I would not think twice about going for a Nexus 7, even if this would cost double the price. It has really reached that sweet spot. So much that most of my recommendations nowadays are for the Nexus 7 or Transformer Pad Infinity (for the hard-core users). Even if the tablet is meant for a kid.

The tablet market, as we know it, is simply no longer existent. ARCHOS, get your team together and think of some major changes. We would hate to see a player with good potential being left behind.