HTC Provides Even More Details On Why Desire HD Won’t Be Seeing Android 4.0 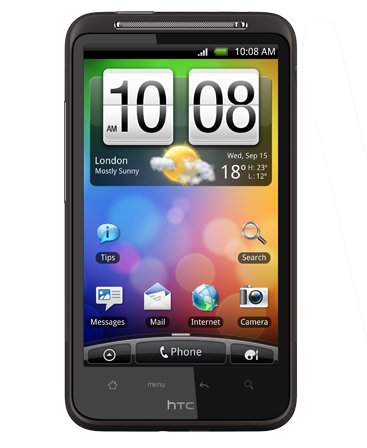 Most HTC customers were generally pleased when HTC officially announced that lineup of devices that would be seeing an update to Android 4.0 Ice Cream Sandwich. Just about every dual-core device made the cut, and to many’s surprise — a few single-core devices like the the HTC Desire HD made the roster as well.

More recently, there were murmurs around the net coming from users who heard from HTC reps in various countries that the HTC Desire HD would, in fact, not see an upgrade to ICS. HTC was quick to come clean confirming the rumors, saying this was due to hardware constraints. Many Desire HD customers were understandably upset at the news, going as far as calling BS.

Today, HTC has officially spoken out regarding the update, giving customers more details on exactly why the HTC Desire HD wont be updated to Ice Cream Sandwich relating to memory constraints. Here’s what they said via their blog:

We’ve heard your feedback on our decision not to update the HTC Desire HD to Android 4.0. We completely understand that this is a controversial decision.

For more background, due to how storage on the HTC Desire HD is partitioned – and the larger size of Android 4.0 – it would require re-partitioning device storage and overwriting user data in order to install this update. While technically advanced users might find this solution acceptable, the majority of customers would not. We also considered ways to reduce the overall size of the software package, but this would impact features and functionality that customers are currently using. Even after installing the update, there were other technical limitations which we felt negatively impacted the user experience.

We believe an update should always improve the user experience and carefully evaluate each update based on this criteria. While we are very aware of the disappointment from this decision, we believe the impact to user experience was too great. We recognize this is a change from our previous statement and for that we’re truly sorry.

I’m sure this explanation isn’t likely to quell upset Desire HD owners who were looking forward to Android’s new firmware. I’ve seen the argument that if hobbyist ROM chefs can cook up ICS ROMs, HTC should be able to do the same. But as HTC said in their statement, user experience for majority of their customers is their key focus and they’re not about to drop Sense UI for a newer firmware. But, as goes the story… When it comes to Android updates, they are almost always filled with anxiety, betrayal, anger, and relief — all the components of a good daytime drama.